Over the last couple of day’s I’ve been playing with 2 new Iphone apps that I was emailed about so I thought I’d do a quick comparison on here.

The first one is a spin off from the great docufilm Beer Tickers: Beyond The Ale the second is simply called Beer List.

Beer List: There are so many different beers out there waiting to be tasted. Some are unforgettably new varieties we find during our travels; others are hidden gems we find in our own backyard. The Beer List app is a simple way to track and share these experiences so that they will never be forgotten.

BeerTicker: With 30,000 beers in its database, this is ultimate beer tool for collectors, ale enthusiasts, micro brewers and friends!

BeerTicking – verb [a hobby] 1. The act of searching out new beers to drink and record!

Beer List: Beer list lets you set your self a profile picture, either by taking a photo or using one from your gallery, it also lets you set a username, add a beer…including a rating, comment and photo, edit any beers you’ve added, shows your beer count and beer list and gives you the option to share on facebook and twitter.

BeerTicking: Beerticking lets you search for beers in the database or add a new one, it then lets you tick it, shows your ticks, lets you save your ticks. It also lets you see an overall league, join a league and add a new league for your and your friends to compare ticks. 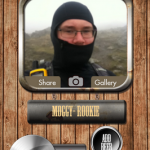 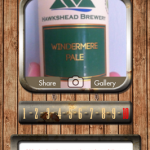 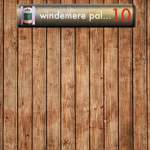 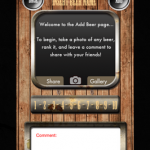 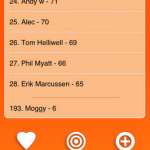 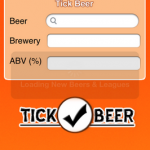 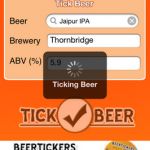 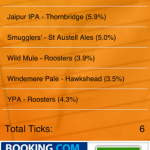 Beer List costs 69p and BeerTicker is free…whether these prices are permenant i’m not sure. I feel the 69p for BeerList is a fair price and would possibly pay more if it had a few more features.

Beer List:The beer list app is nicely designed, with nice buttons, backgrounds and fonts, it’s also easy to use and everything is pretty obvious.

BeerTicking: The design of beer tickers is bright and bold, it follows the design of the DVD cover and website so is simple but effective.

Beer List: As soon as Beer List loads you are presented with your dashboard, it has your profile pic, beer count, rating and options to view your list or add a beer making all the functions easily accessible. Adding a beer is a case of clicking add beer, typing the beer name, taking a photo, adding a rating on the slider and then adding a comment. Once you’ve done this you can choose to share it or just leave it in your beer list. Beers you’ve added can be viewed on your beer list, which can be ordered by name, rank or date, you can also edit your entries from here. Sharing your tick logs into Twitter or Facebook, it would however be nice to be able to edit the message when it shares it.

BeerTicking: When BeerTicking is opened you are presented with the beer ticking screen, where you can search for a beer name,  or add a new beer, brewery and ABV. Before you start you need to add your email address and a username to the settings page. The buttons for my ticks, leagues and settings are all at the bottom of the screen,  you can also change your settings and set it to post ticks to Facebook and Twitter, like Beer List there is no option to change the message that is posted to either platform. Once you’ve added a tick you can’t edit it or remove it, there’s also no facility to add notes or an image on a beer which is a bit of a shame.<

Both Apps have the strong points, the database from BeerTicker is really handy and the fact you can email your tick list to your self is great the search function is great but spoiled  by not being able to search by beer name. Being able to take and store pics with the Beer List app is its strongest point, however it would be nice if the app stored the photos in your photo roll so you can use them with other apps or back them up. It would also be nice if it had somewhere you could see what your friends had been drinking and what they said about each beer. BeerTicker could be improved by being able to add a bit more info about the beer but as a way of quickly ticking beer it’s great and saves using the standard notes app on the Iphone.