Posted on July 30, 2010 by andyMogg in Beer Stuff, Food and Recipes 4 Comments

I’ve been making this bread for a while now, I can’t remember where the recipe came from but it recently won me some beer from Bristol Beer Factory so thought I had better post it on here. There is also an excellent recipe by the hair bikers for Newcastle Brown Ale and cheese bread on the bbc site 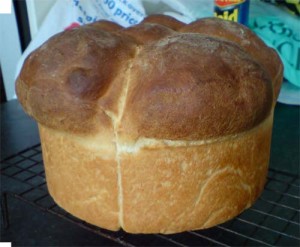 Great with just about everything.

It makes brilliant toast for with pate, or the most amazing sandwiches when used with Cider cooked gammon