Beer swapping across the universe

There has been a lot of Beer Swap action across the country this week, people sending parcels, people reciving them, it’s not been without it’s problems , mainly due to the parcel delivery service we used.

The good news is that not only have I received the test parcel from Mark at Real Ale Reviews,  I recieved my proper parcel from @petebrissenden.

The parcel from Mark is shown below and inlcudes these 4 beers: 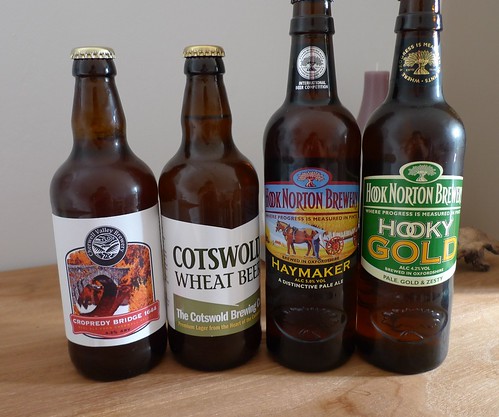 Mark used the box and packing i sent to him send my beers to me, I am now going to use the same packing to send my proper parcel out, the packing actually came from a PR company who sent me some beers so we have certainly done our bit for the planet by re using it so many times.

Pete’s parcel was also pretty impressive, because he brews at the hopdaemon brewery he very kindly included 3 of his own beers along with the Beer Swap Beers, this put a very big smile on my face as i have wanted to try some of Hopdaemon’s beers fora while. He also included a beer from one of my favourite breweries and 2 from a brewery I hadn’t even heard of but they sounded pretty exciting, along with a bottle of Shepherds Neame which I think is one of Kent’s oldest breweries.

The beers Pete sent were: 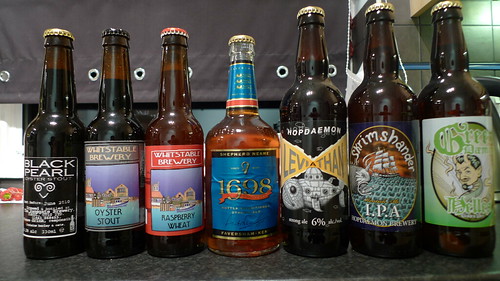 The whole point of Beer Swap is to send some great local beers to people who probably won’t have had them…well both Mark and Pete managed to find beers that I’d not heard of or tried so big thumbs up to them.

I sent an original test parcel  which Mark has recieved and started drinking already, these were the beers I sent him: 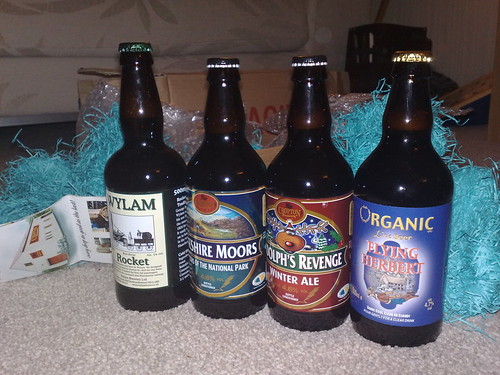 I took a chance on the Flying Herbert, the beers from that particular brewery can be a little hit and miss, sometimes they are great and some times they are terrible, I’d had Flying Herbert a few times and each time it had been different so, turns out the one I sent Mark, wasn’t great, which is a shame and a bit disappointing but a chance I was willing to take as it is the closest brewery to me that bottles their beers.

Now time for a confession, I haven’t had chance to post my proper parcel yet but it will be getting posted tomorrow, my first excuse was it took me a long time to track down beers to send, mainly due to the lack of any decent local bottle shops but also because most of the breweries within a 30mile radius of my front door don’t actually bottle their beers, which is a shame really as there are some great beers round here.

The second excuse is I have been really busy so not had chance to get to the shop and post the beers, anyway I finally chose the beers below (hidden to keep a little bit of fun in the whole thing) 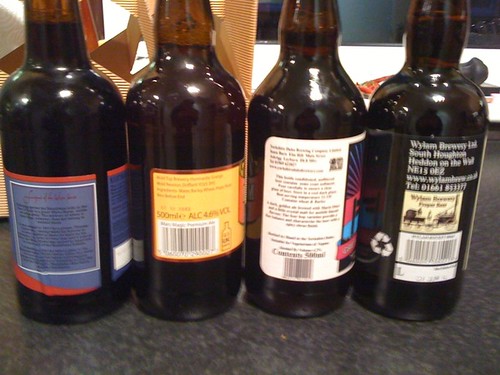 I will be sending the beers above using the courier service we found, it seems it has been a bit hit and miss for some people so fingers crossed these will get there.

So far I have really enjoyed Beer Swap, even though I haven’t drank any of the ales I have received yet, it’s been great fun hunting down ales, reading peoples blogs and tweets and seeing what other beers people have been sent/sending, there have been some awesome beers changing hands which hopefully I will one day get to try.

We are planning a second round in the new year so if you are interested then get in touch or if you are on twitter follow @beerswap , in the meantime check back hear soon for my full thoughts on all of the beers above.

2 comments on “Beer swapping across the universe”