Bristol Beer Factory have recently announced  (well recently when I started writing this post) they are going to brew another 12 Stouts of Christmas, which is great news, it also reminded me that I’d not written about the first 12 so here goes.

Myself and @davelozman had planned on splitting the 12 stouts over one night but after eating his huge venison wellington we were too stuffed to finish the rest off so left them for a second sitting a week later.

It’s taken me that long to get round to writing these you’ve probably already read loads about them so I’ll just put the notes that I had stored on my phone.

Bristol Stout
Not quite as dark as some of the other 11 stouts, plenty of roast malt, dried fruit and a little bit of toffee.

Milk Stout
This was the only one of the 12 stouts I’d had before, lovely dark colour with hints of red, Creamy in the mouth and in flavour, hits of chocolate, slightly sweet.

Vanilla Milk Stout
One of the best of the 12, stacks of vanilla and hints of chocolate,  unbelievably smooth in the mouth, thick and sumptuous with a little bit of booze on the finish.

Hazelnut Latte Stout
Was really looking forward to this one, wasn’t quite as nutty of as full of coffee as I’d hoped but both flavours were definitely there. Slightly.

Raspberry Stout
This was my favourite of the 12 (closely followed by the vanilla) It was packed full of sweet and sour raspberries, from the second you put it in your mouth the raspberry dominates! Great Stuff

Laphroaig Cask Stout
Dark Brown, plenty of whisky on the nose, loads of peat and smoke on the nose and in the mouth, slightly phenolic. Delicious.

Glenlivet Cask Stout
Wood, Chocolate, hints whisky but not as much as the Laphroaig Cask,  slightly peaty and a little bit of roast nut and chocolate.

I can’t wait to see what the next 12 are going to be, personally I’d quite like to see a Black Forest Gateau Stout, a Stollen Stout and maybe an Eggnog flavour one. 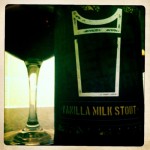 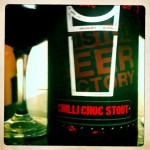 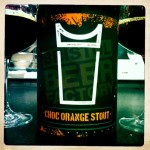 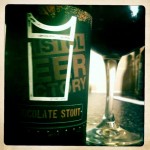 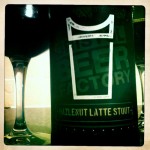 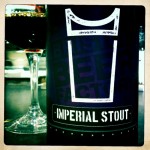 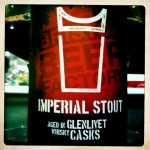 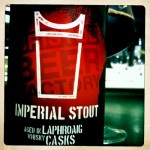 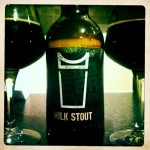 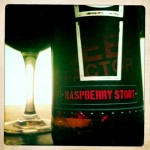 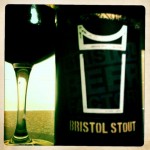 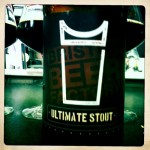