British Breweries and the Internet

In the recent Cask Report it mentioned about the importance of social media and an online presence for breweries and licensees and while I agree that it’s a very important (I’m a web developer by trade) tool it’s still seems that most breweries in the UK don’t consider the Internet an important medium and if the beer scene in the UK is going to grow then the Internet needs to be embraced.

Of those that do use the Internet there are only a few that seem to do it well, Like the cask report says it’s a two way street, It’s a dialogue not another broadcast stream.

Some breweries have a website, some are great, some are terrible, not just in design but also in the information they provide and the frequency they are updated.

Some use Twitter and Facebook, some even use it very well, others  use it to see who can get the highest number of followers or friends or as a way to broadcast information to people but don’t interact or engage with their followers.

A quick search on Google, Twitter and Facebook, shows the vast difference in uptake in the UK and abroad, Twitter is choc full of breweries in the USA tweeting and engaging with their customers,  some even have some top notch websites. The UK on the other hand only has a few that do it and most of the websites are out of date.

And while I love the beer blogging scene and agree that it’s important for promoting beers, breweries and most important of all starting discussions, I still have a feeling that it thrives because of the lack of information out there that is actually provided by the breweries and licensees. 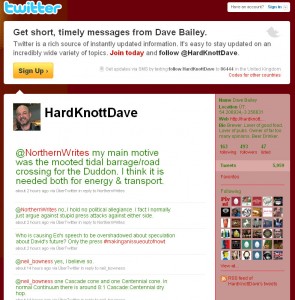 There could be a number of reasons for the lack of take up in the UK these include:

Time – It seems many brewers and licences work long hours and lead very busy lives, this seems especially true for Micro breweries who are often ran by one or two people doing everything from brewing to marketing and accounting. Updating can be as simple as sending an email or adding quick tasting notes about your latest beer. There are also a number of solutions available that will let you update all your online places at once, saving you having to publish the same thing to lots of different places individually.

Cost – It’s not always cheap to get a website built by a professional company, In order to re coup these costs the brewer will need to sell a lot more beer. Having said that there are grant’s available from local schemes around the country who will help fund websites for all sorts of businesses if you know where to look. There are also a great raft of off the shelf systems with a huge array of professional templates that are easy to customise and brand, these work out much cheaper than a custom built website and will generally do a great job in terms of search engine optimisation and allowing the brewer to update the content when ever they want.

Fear – I’ve spoken to a few brewers who said they aren’t bothered about a website or online presence as they don’t think they will be able to cope with any extra demand, be it for extra orders, dealing with emails or updating content. They also seem afraid of the technology and that it will be hard to grasp or will cost them a fortune to keep the site updated. In reality many of the new systems make it easy to update and control your website, so easy  that if you can send an email you can update your website. Some are also scared of selling online, just because you have a website doesn’t mean you have to sell online, there are plenty of companies that will sell your beer online for you, if you do want to sell your beer online then it doesn’t have to cost you a fortune to set up and run. 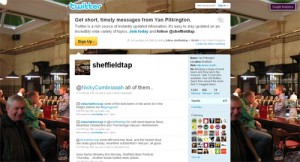 Breweries – Setup a website and blog, keep people up to date with latest news, beers (past and present), tasting notes and where beers can be found. The site’s don’t require any fancy animations, movies or music, while these are all nice they are expensive and take up valuable time.

In both cases there are a few places that do some of it really well and have built up a bit of a following whether it be through their website blog, twitter or facebook but like I said earlier they are few and far between.

If the UK beer industry is going to grow and thrive then people need to take the Internet more seriously.

17 comments on “British Breweries and the Internet”