Last week saw the latest get together of the Cumbrian Beer Appreciation Group (CBAG), after seeing tweets from previous events I’d quite fancied going to one but had never manged to time my holidays with the meals, this time however my luck was in and we were planning on heading to the Lake District when @hardknottann tweeted they were holding an event later that week which not only included a 7 course meal with beers paired to each course but also 1/2 price accommodation at the hotel it was being held at. 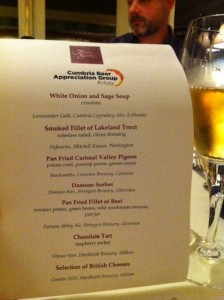 In order to work up an appetite for the meal we decided to do the Fairfield horseshoe (you will be able to read more about that here) before heading to the Fayrer Garden House Hotel for a much needed warm shower and pint of the brilliant Hawkshead Red.

It wasn’t long before the dinner kicked off with @harknottdave and @harknottalex doing their stuff.

First up was White onion and Sage Soup paired with Loweswater Gold from Cumbrian Legendary Ales, Both the soup and beer were absolutely delicious, the herby notes in the beer went really well with the sage and sweet onion in the soup.

Next up was the course I was least looking forward to, Smoked Fillet of Lakeland Trout, Coleslaw, salad and a citrus dressing, paired by Hefeweiss from Mitchell Krause, mainly because even though I love smoked stuff, I’m not a huge fan of trout but I have to be honest and say I really  enjoyed it as the trout had been smoked to within an inch of it’s life. The beer was a new one on me and was really delicious a great example of the style and packed full of flavour, the match I’m not so sure about, it was OK but not as good as the previous one.

Pan Fried Cartmel Valley Pigeon was next on the menu, served with potato rosti, parsnip puree and game sauce. The accompanying beer was Coniston Brewery’s  delicious Blacksmiths beer, the dry earthyness of the beer worked superbly with the sweet gamey pigeon and parsnip.

Course number for was a fantastic bright purple Damson Sorbet server with one of my favourite beers of the night, Stringers Damson Porter, previous damson beers i’ve had have lacked any real fruitiness, this however was packed with juicy sweet and slightly tart damson against the richness of the porter which was only intensified by the sorbet. 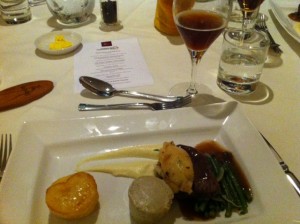 The next course was the start of the show for me, Chocolate Tart, raspberry sorbet and Hardnott Vitesse Noir, the tart pastry was crisp and light, the chocolate filling rich and sumptuous …the beer, a triple imperial stout infused with vanilla, coffee and chocolate, weighing in at 11% ABV was simply stunning, It probably had the most intense coffee flavour I’ve ever experienced in a beer,  balanced out with bitter sweet chocolate and a touch of vanilla, it laced the glass like a good espresso and the coffee mingled wih the chocolate tart and the sharpness of the raspberry sorbet very well, aside from Light Cascade, this is now my new favourite Hardknott beer.

The final course was good old cheese and biscuits, a great selection of cheese, biscuits, celery and grapes with and old favourite of mine 2010 Hardknott Granite, which was as good as ever and went especially well with the blue cheese…fortunately for me Emily isn’t keen on darker beers, although she did like the Vitesse Noir she couldn’t drink it all so I got her glass of both that and Granite.

Overall I think it was a great night, most people seemed to enjoy the food and the beer, with a couple of the beers causing a lot of discussion and food for thought…putting two dark big hitters on the menu from Harknott was a brave move, I’d have possibly just put the Vitesse Noir on and chosen another for the cheese, the same goes for having 2 beers from Stringers, as great as they were it would have been nice to see another Cumbrian Brewer on the menu.

The Cumbrian Beer Appreciation Group is in the early stages and on this showing I think its got a lot to offer, especially if they can get the venues involved and do an accommodation/meal combo deal .. like the excellent Fayrer Garden Hotel did.

Oh and I almost forgot the night ended in the bar with a side by side tasting of Granite 2009, 2010 and the not yet released 2011, for me the star of the show was 2009, the smoke and tobacco really did come out, it’s certainly aged very well.

Here’s a few more pics from the night, quickly taken on my phone, click them to see the bigger ones. 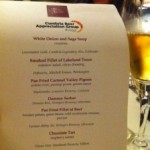 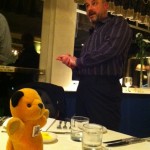 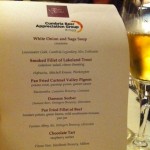 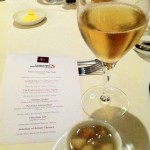 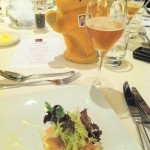 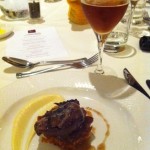 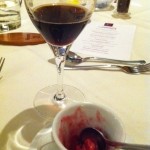 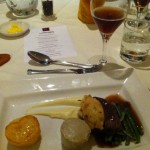 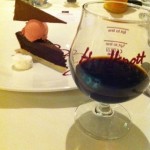 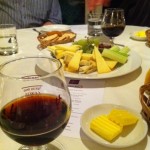 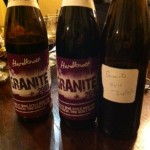 A Trio of Granite