Get BEER on the BBC

Last week It all kicked off about trying to get Beer on the BBC, and in my opinion rightly so. I watch Saturday Kitchen most weeks and It really does get on my nerves that they match every food with wine. Don’t get me wrong I like wine, but quite often beer matches the food way better than wine would.

Surely being a Yorkshire-man, James who presents the show loves his beer and cooks with it often enough, so why not give it more air time and match a bit up.

During last weeks program the #SaturdayKitchen hashtag on twitter was bombarded with people suggesting beers to match the food, It’s due to happen again this Saturday, so tune in and tweet your suggestions.

Dave from Hardknott also put together a complain to Ofcom which you can submit on their website here, The complaint reads: 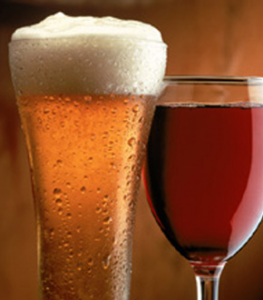 By omitting beer in favour of wine, the BBC is deliberately and unreasonably biasing its content to a foreign import

The BBC, our national broadcasting authority, which is paid for by a tax on television ownership, is deliberately and recklessly damaging the UK economy by its unreasonable and deliberate rejection of beer as a beverage to drink with food. The vast majority of beer consumed in the UK is brewed in the UK using British grown ingredients

Drinking alcohol when eating is a much more responsible activity than heavy drinking sessions when no food is consumed. The BBC, in omitting beer from one of its prime time food programs is alienating beer drinkers from the healthy activity of moderate drinking whilst eating; therefore the BBC is being reckless with the nations health

Beer is an inclusive beverage. Choosing wine in favour of beer is divisive and deliberately seeks to engage with a much narrower section of society than is acceptable in todays cosmopolitan and liberal Britain.

I think it pretty much hits the nail on the head and while some people have seen it as nothing more than Dave trying to get pulicity for his brewery, I don’t I know how much he loves beer (not just his own) so I fully support what he’s trying to do.

It’s not just Saturday Kitchen that needs more beer, many cooking shows use beer in the recipes or fleetingly cover it when looking at local producers but very rarely to the match it to food. This needs to change.

Once things calm down with my schedule I’m going to resurrect the cooking with beer series and include some beers that go with the foods!

4 comments on “Get BEER on the BBC”