Posted on July 25, 2012 by andyMogg in Festivals, Hawkshead Brewery 2 Comments

Last week saw lots of thirsty beer lovers descend on Staveley in Cumbria for the latest instalment in the Hawkshead Beer Festival.

We arrived early afternoon on the Thursday after a quick trip round Ambleside and setting up camp at the excellent Pound Farm Campsite just over 2 miles from the Brewery in a little village called Crook.

We quickly grabbed a festival program from the main bar along with a couple of glasses of beer, The Fyne Lismore Blonde being the perfect thirst quencher after the walk from the campsite, on heading outside we spotted a couple of friends so we joined them and the fun began. 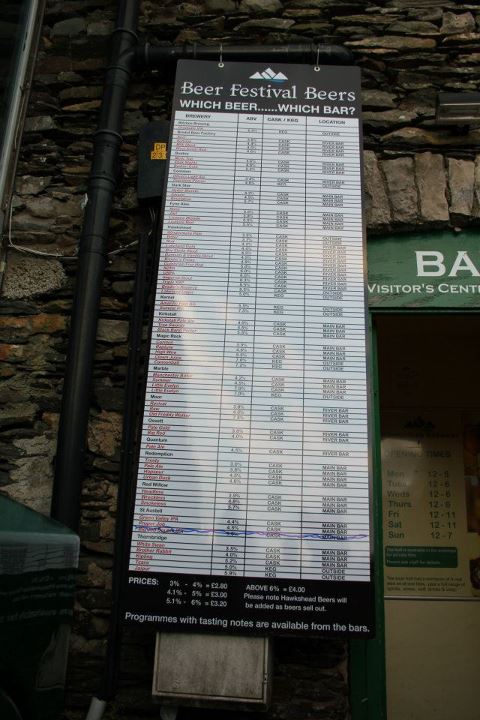 The afternoon flew by with lots of excellent beers being supped and more and more people arriving by the hour, before long we were craving some grub so after a long look at the delicious sounding menu and after getting over the heart break of the scotch eggs being sold out I plumped for the Hawkshead “doner” burger and chips, deciding to save the brewers lunch platter for Friday (although this turned out to be a minor mistake as the only food available on Friday was a BBQ). The burger was absolutely gorgeous and packed full of flavour, I have no idea which beer I was drinking at the time but I do remember it being something from the keg bar and the hops working really well with the spicing of the burger.

As the dark closed in and the rain eased off we decided it was time to head back to the campsite and burn off some of the calories we had taken in during the day. As soon as we’d got into the tent the rain started again so that was it for the night.

The following day saw breakfast in Windemere, a quick walk around the shores of lake Windemere, a visit to Booths for some bottles from their brilliantly stocked beer and cider selection and then a quick visit to Bowness for a look round the shops before making our way back to the beer festival for round two.

Day two kicked off pretty much where day one had ended, with more excellent beer, meeting more people and generally having a good laugh, The BBQ sausages really hit the spot, as did the doner burger and some pork pie. The band livened things up later on the evening and the general atmosphere was a bit more lively that the Thursday.

Overall I think the festival was well orgainsed, the staff were friendly and helpful (even the ones that tried Chilli Pepper Pete’s Naga Bombay Mix) the bars were well stocked and the beer list was just about spot on with a brilliant range of beer to suit all tastes being served from cask, keg and bottle. The prices were keen too with beers being priced into bands by ABV the most expensive being £2.50 a half for the Brodies Prime Reserve, the cheapest I think was around £1.20 a half, there was no entry fee which meant you could come and go as you pleased (and it also left more money for beer). 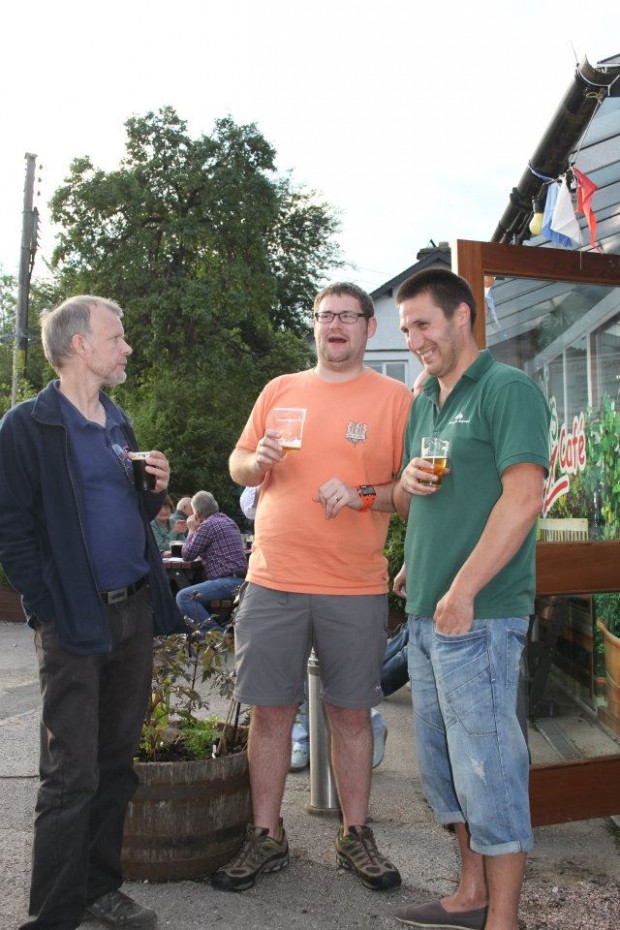 2 Brewers and a Drunk

The food on both days was top notch, the lamb burger was packed full of flavour and the Brodies Sausage actually tasted of beer. It would have been nice to see some options from the normal Hawkshead kitchen on the Friday as I was a bit gutted at missing out on the platter but at least I know for next year so i’ll make sure I have that on the Thursday, although I really enjoyed the chilled out vibe on the Thursday.

My favourite beers of the festival were St Austell Big Job Double IPA, Hawkshead Brodies Prime Reserve, Hawkshead NZPA (which really sung on keg) and Magic Rock Clown Juice. My least favourite were Thornbridge Kipling…It just didn’t seem to taste of much and the keg version of Hawkshead’s Damson and Vanilla Porter…I think the cold killed a lot of the flavours especially the fruit…they cask version on the other hand was delicious.

I’ll definitely be going back next year and honestly can’t wait.