Posted on October 12, 2009 by andyMogg in Beer Stuff No Comments

No trip to Greece would be complete without a few pints of Mythos or Alfa.

Now those of you who know me will know that I am not a massive lager fan, yes I drink the odd Pilsner or Euro beer now and then but I generally drink Ale. Lager however is one of those drinks that I just can’t seem to get enough of when on Holiday.

It’s not full of flavour nor is it particularly cheap now, but there is just something about it when it’s served up in an ice cold glass, it hits the spot and goes down a treat, It works even better when teamed up with a Gyros Pitta.

Beer in Greece usually comes in a number of different servings, these are:

Personally I like the draft, especially when served in a frozen glass so that the beer just under the head freezes a little, creating a bit of a beer slushy. Quite allot of the time the draft in the bars was simply labelled “Draft” which usually turned out to be Mythos, Alfa or Amstel, either way its quite hard to tell the difference (nor does it really matter) when it’s icy cold.

While in Parga I also managed to find Mythos Red, which was a new one on me, I was expecting to prefer it to Mythos as it looked closer to a proper ale, however I was left disappointed as it wasn’t that different it just had a little bit more of a sweet malty flavour and a bit of an odd after-taste.

I also found another new beer Hellas Pills – This came in a 500ml can from a local supermarket, it was 30 cents cheaper than the Mythos so I thought it was worth a try – however after the first sip, I wished I had bought the Mythos instead, it was pretty insipid stuff, which i won’t be buying again.

There were also a few other beers available that are the staple of most Greek destinations and all beers I had sampled before, these were Amstel, Heineken, Kaiser Pills and Guinness.

I did bring a few cans of Mythos home but it never taste’s the same really.

Anyway enough words, time for some pics of a few of the beers. 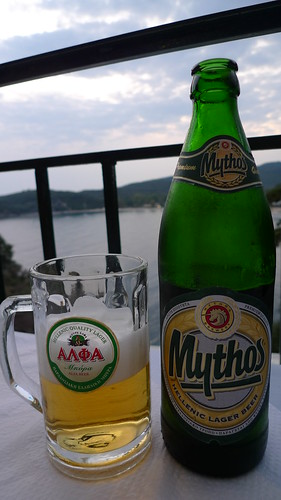 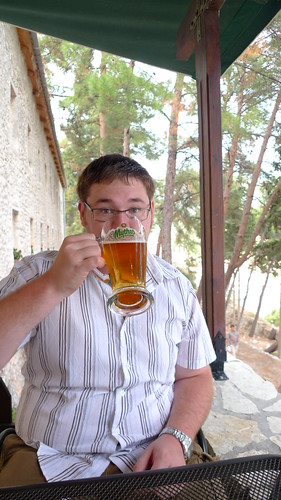 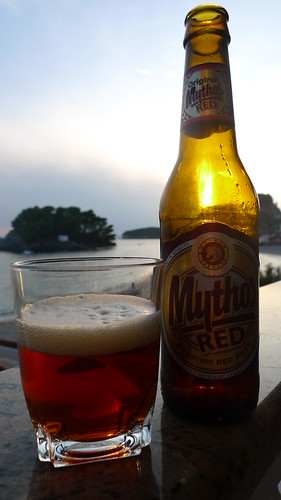 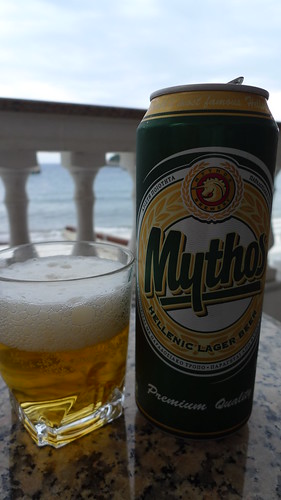 Mythos in a can 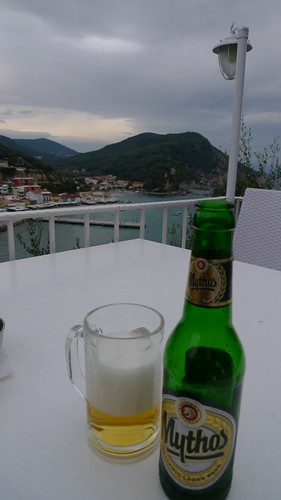 Mythos with a view 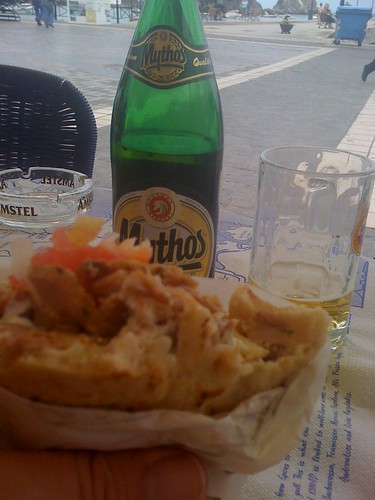 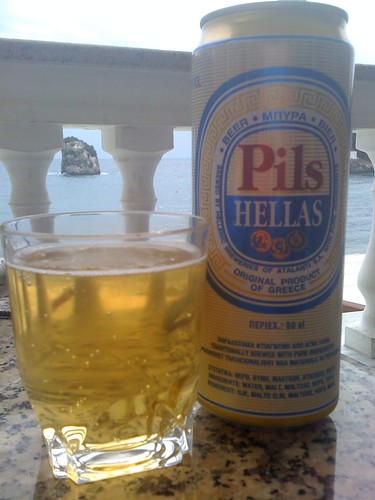 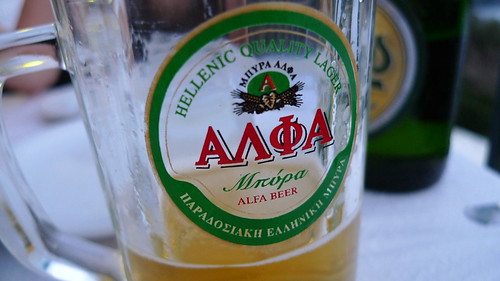 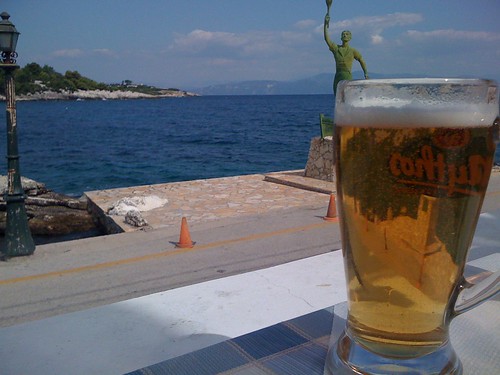