Posted on July 15, 2013 by andyMogg in Adventure Brewing, Meet The Brewer No Comments 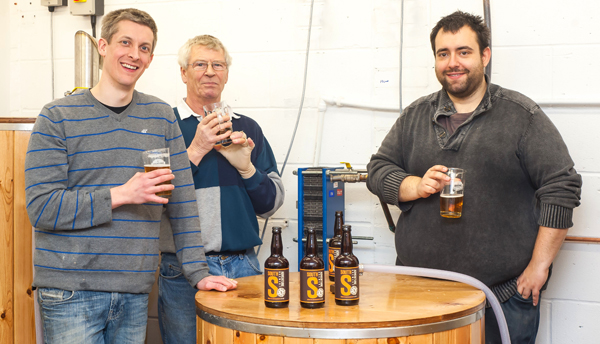 What is your Brewery name and where did it come from?
Our name is the Adventure Brewery. The name came from the idea of going on a adventure round the world with different ingredients, as well as an adventure for ourselves with starting the brewery, and then more simply was a great play on where we originally based, which was very near Chessington World of Adventures!

What is your brewery capacity?
We are currently on a 2.5BBL setup.

What is different about your brewery?
Our whole idea on the brewery was to use historical recipes from the 1800’s with a twist of hops from around the world. We are big into our brewery history and wanted to offer everyone the ability to taste these old recipes with our own twist on.

How long have you been brewing for?
We started the brewery in Jan 2012, but our first beers hit the shelves in June 2012.

How did you get into brewing?
We had been big into home brewing for some years, and one day thought “why not try and start our own brewery”!

What beers do you brew regularly?
We have 4 core beers called North, East, South and West. Each beer is an old recipe with the name a play on where the beer influence / hops come from.

What special/seasonal beers do you brew?
We brew North Pole for Christmas, and then we have a selection of beers under our New Frontier range which are all one off brews.

Where do you think the future of brewing lies?
The Mirco brewery scene has exploded recently and its wonderful to see. To be able to go into a pub and see 8 pumps with 8 different beers / breweries on is a wonderful site, and long may it continue.

Do you bottle/keg/cask your beer?
We bottle and cask our beers.

What is you proudest moment in brewing?
Seeing the beers for the first time on the shelf next to all the other breweries out there, and thinking, wow we have done it!

Do you have any brewing regrets?
Ha, yea a few, but all around the business side of the brewery, it’s tough starting a company from scratch with very little experience in business.

What is your brewing ambition?
We would love to expand to a larger plant and be able to brew full time.

What was last beer you drank?
Purity UBU 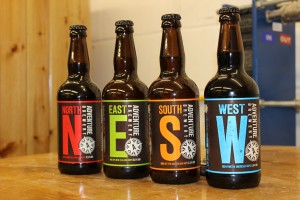 What is your favourite hop and why?
Galaxy – just fantastic taste and aroma, love it.

What is your favourite beer/food combo?
Curry and a decent strong IPA.

Do you have a Brewing hero/inspiration?
Harviestoun have been an inspiration for us, producing some fantastic beers.

If you could brew one collaboration beer with someone who would it be with and what would it be?
Again would have to be Harviestoun. We would love to brew a strong ‘West’ with the same barrel ageing treatment that their Ola Dubh gets.

If you could share a pint with someone dead or alive who would it be, what would be the beer and where would you have it?
Would have to be Admiral Nelson in his favourite pub The Gun in Docklands.

Which beer do you wish you had brewed?
Lovibonds Dark Reserve, great beer, and a great approach to beer drinking with the 750ml sharing bottles.

How do you spend your time when you aren’t brewing?
Normally some kind of pub related market research!

If you could have one superhero superpower what would it be?
Would have to invisibility, just imagine the things you could do..!

Anything else you want to tell us?
Look out for our beers in pubs and shops, and share our adventure!