Posted on June 28, 2012 by andyMogg in Meet The Brewer, Williams Bros 1 Comment 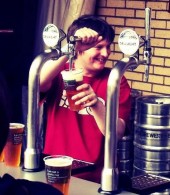 Williams Bros Brewing Co. named after the Brothers who started it (My dad & uncle, Bruce & Scott Williams) It was previously Heather Ale Ltd but it grew beyond our historic ales and a new brand was born to include our contempoary brews too.

Our brew length is 40 barrels

Our brewing is steeped in history, we brew Scotlands orginal craft beer ‘Fraoch Heather Ale’ a beer brewed in Scotland since 2,000bc, but we are still an experimental brewery also trying new things along with the ancient. We use lots of natural botanics: Heather, Spruce, Bogmyrtl, Pine, Elderberries & more which are gathered by our team of pickers. We are now the last remaining brewery in Alloa, Scotland’s old brew capital.

I’m not sure i’m techincally a brewer, we have a very hard working brew staff who make the magic happen on a daily basis. Personally i have been brewing of some sort for the past 5 years however our brewery has been going now for close to 25 years, so i guess you could say it was in my blood from an early age. 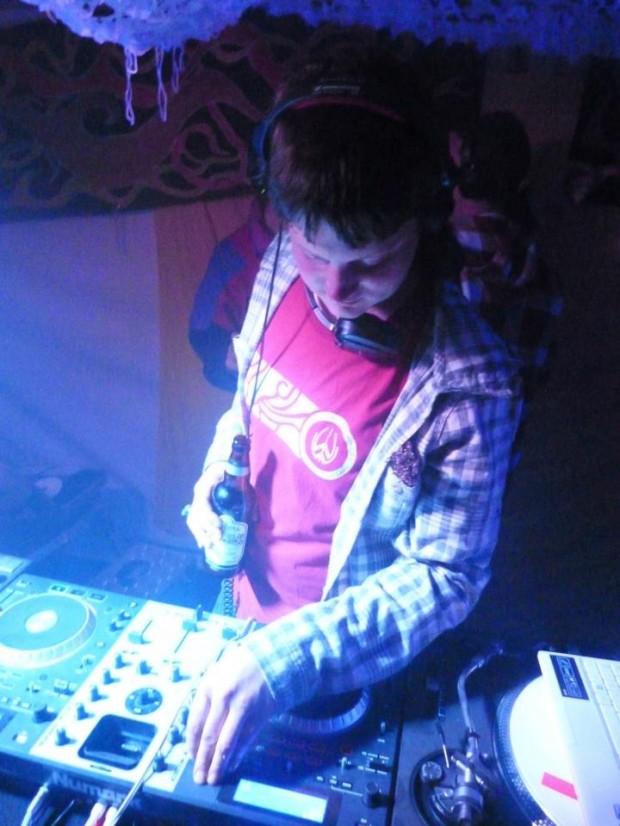 I grew up around brewing. My Grandparents started a homebrew shop in Glasgow in the 70’s, the shop was then passed on down to my father & uncle. When someone brought a translation for Heather Ale, handed down her family into the shop to atempt to recreate it, she agreed to share the recipe with my father in exchange for the knoledge of how to brew it herself. I was 3 at the time but i still rememeber to this day my dad re-creating and experimenting with the brew in our utility room. So did i really get into? Probably not, i think i was born into it & I love that.

Fraoch Heather Ale is our flagship brand along with the other Historic Ales (Grozet, Alba, Kelpie & Ebulum). Anyone who knows our brewery can tell you we have more core products than you can shake a stick at! The household names being: 7 Giraffes, Midnight Sun, Harvest Sun, Caesar Augustus, Birds & Bees, Profanity Stout, Joker IPA etc. Everyone seems to have their own favourite.

We do monthly cask specials : New Beginings, Brotherly Love, March Of The Penguins, April Thesis, May Bee, Juniper Tree, Forth Of July, Caesar Augustus, September Song, October Zest, Movember Foxtrot Whisky & Yule Smile. We also do a X-mas spruce beer called Nollaig and a series of vintage cask collaborations, where we brew a strong version of one of our historic ales and mature it different types of wood barrels previously used in the whisky or distilling industry.

Being diverse, moving with the times but keeping true to your roots. Keep being experimental, pushing boundries & keeping it consistant.

Yes all of the above. We also own our own bottling line & do contract bottling for 7 other Scottish Craft brewers.

When i meet others in the brewing industries and they say nice things about our beers. Wether they’re writters, bloggers, brewers, suppliers, publicans or just gerenal public. Picking up an award is always good too, but when a new product hits the shelves/taps and the first wave of feedback starts rolling in is always a good moment. 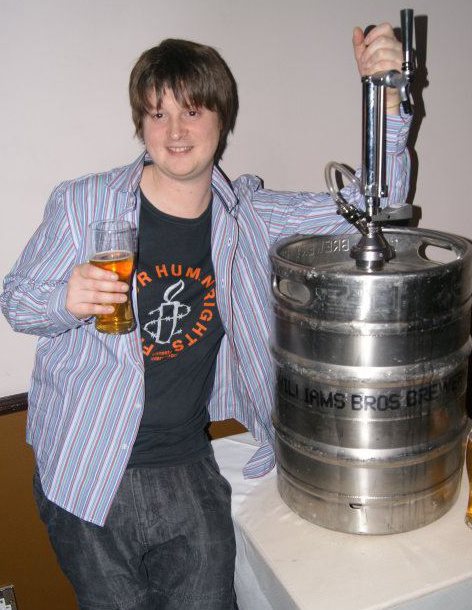 To work with some more great brewers from across the world. We have our first brewer collaboration coming later in the year and the ideas for it all have me excited already, some test batchs were made and they tasted great.

This changes on a week by week basis, once apon a time i was all about Cascade, but all the new American hops like Citra, Amarillo & Simcoe are great. Nelson Sauvin at the moment, the aromas and flavour is just so refreshing and still so more-ish at the same time.

A nice IPA with a burger, something about the 4-5% mark with some NZ or USA hops. Recently i’ve been making my own Thai Satays and serving it with our Alcoholic Ginger Beer, it works so well, or with Sushi.

The hop farmers across the world, they keep delvoping new strains and when my uncle buys a new one in there is always a moment of excitement. I herd him ordering some new ones last week, i’m looking forward to their arrival. I was also blown away after visiting craft beer bars in the USA years ago, this was long before the craft beer bang hit the UK… what 800 different bottled beers? Including some of my family’s brews?! Wow!

We’re planning to do one with Stillwater Artisinal Ales. I’ll keep the details on the brew under my hat for now, you should all know about it come September.

Watch out for limited releases in both bottle, cask & keg. This year will see special unfiltered keg products, limited cask release & even some special bottles