Posted on August 18, 2011 by andyMogg in Beer Here, Meet The Brewer No Comments

Beer Here are a brewery I was first introduced to by Phil from Beermerchants and then re acquainted with after an order with My Brewery Tap, both of whom still stock the beers so go and order some after reading this.

I hope that you enjoy reading this as much as I did, I think there’s some fantastic answers and a lot of stuff I agree with.

What is your Brewery name and where did it come from?
Beer Here. The name came form the wish to open a brewpub/tap room. But for now it is just a contract brewery.

What is your brewery capacity?
In principle unlimited as I am contract brewing. Last year I made approximately 800HL.

What is different about your brewery?
I work a lot with lower alcohol beers and think the most fun come from getting a lot of flavor into a beer with modest ABV. That being said I also have quite a few stronger beers in my range of beers.

I have been in operation with Beerhere for three years now and brewed 50+ beers without brewing an Impy stout eventhough that is was most Danish breweries make as one of their first beers…. but for me it just seem too easy 🙂

How long have you been brewing for?
12 years in total. I started as a home brewer and moved into professional brewing 7 years ago when the Danish craft beer scene started booming.

My business partner and I had an IT company . We bought some used equipment in the UK to start a small brewery to have as a business on the side of the programming. Suddenly it took off and I have never really looked back. We hooked up with a larger micro brewery after a few years and it got way too commercial for me. Three years ago I sold my share in that brewery and founded Beer Here to get back to the roots of craft brewing.

How did you get into brewing?
A friend of mine and I met once i a while to cook and drink wine. One day he brought a 3 liter bottle of IPA from a new micro brewery. We finished the bottle that evening and I was pretty much hooked to good beer after that.

What beers do you brew regularly?
I have a range of five beers I try to always have in stock: “Fat Cat” a 4,7% red ale with Nelson hops, Lupulus a 4,7% US-style pale ale, “Hop Fix” 6,5% Scandinavian style IPA made with rye and dark caramel malts and American and German hops, Ammestout, 6.5% Milkstout brewed with lactose and coffee and Tia Loca, 4,5% which is a Belgian/German wheat beer made with Bavarian yeast and spiced with coriander and orange peel.

What special/seasonal beers do you brew?
I brew an English style organic barley wine and and IPA with Columbus hops and orange peel for Christmas. For Easter I brew a lightly hopped golden ale with grape juice and honey based on a 7000 year old Sumerian recipe.

Where do you think the future of brewing lies?
Session beers. I tend to crave extreme beers less and less every year and a lot of my friends feel the same way. 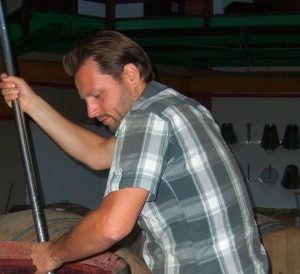 Do you bottle/keg/cask your beer?
Most of the beers are available on both bottle and keg. Once in a while I make a cask of something but not often enough if you ask me.

What is you proudest moment in brewing?
Recently my “Infantøl”  – a 2,8% brown ale – were chosen for a new international beer book as one of the few Scandinavian contributions to the book. It makes me feel like I have accomplished something when I get recognized for a low alcohol, lightly hopped brown ale along hundreds of stouts and IPA’s.

Do you have any brewing regrets?
Not really. Every time i have done something stupid I have also learned something.

What is your brewing ambition?
To find the soul of Danish beers. These days most Danish brewers (and to a degree myself) are trying to imitate other countries brewing traditions. There has to be a Danish beer – not necessarily with Danish ingredients, but something that is unique in the World beer scene.

What was last beer you drank?
I try to drink my own beer everyday. The last beer I drank which I really enjoyed and were not my own, was very fresh unpasteurized Nils Oscar Lager I had on a trip in Sweden. It were so crisp, simple and easy going and perfect for that particular moment.

What is your favourite hop and why?
Nelson Sauvin. It is quite unique because it has the fruitiness of US hops and the spiciness of Central European hops. I also have a special relationship with it because I was the first Danish brewer to use it commercially.

CTZ (Columbus/Tomahawk/Zeus) is also an old favorite of mine.Especially for dry hopping.

What is your favourite beer/food combo?
Probably beer-steamed Mussels with fries, mayo and Belgian blonde ale. A well-cellared bitter or mild from cask and a hot curry is also a match I really enjoy. Qaudrupel and blue cheese is my favorite way to finish a good meal.

I think beer and food pairings should be kept simple and beer lends itself well to roustique dishes.

Do you have a Brewing hero/inspiration?
Brian Hunt from Moonlight Brewing has probably forgot more about brewing than most brewers can ever hope to learn.

I also had the pleasure of spending a few days as a slave/intern at Russian River a few years back. Vinnie Cilurzo has a very interesting view on brewing as he is more focused on process than recipe. I agree with his philosophy that you can make a good beer with a mediocre recipe if you know what you are doing. However you can never hope to make something good with the best recipe in the world if you do not know how to handle the ingredients and equipment.

Another one is Peter Klemensen (Danish Brewmaster who has now left the business). He started brewing a strong, smoked, roasty porter back before anybody in Denmark had heard about craft beer. 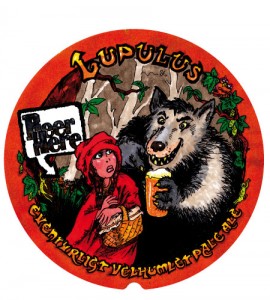 If you could brew one collaboration beer with someone who would it be with and what would it be?
The Bruery. After I heard about their experiment with brewing the Danish inpired ale “Rugbrød” I wrote Patrick Rue and asked him if he was interested in doing a “Hvidtøl” with me (traditional Danish low alcohol ale). Unfortunately he has not bothered replying yet.

Which beer do you wish you had brewed?
Aecht Schlenkerla Rauchbier.

How do you spend your time when you aren’t brewing?
I draw, listen to music, cook and write computer programs. And drink beer of course.

If you could have one superhero superpower what would it be?
Being able to eat unpalatable sugar water and create beautiful beer. Yeast cells are my small superheroes.

HUGE thanks to Christian for filling this out, I’ve got to say I really like the look of the Bierwerk stuff.

If you’re a brewer and want to take part in Meet the Brewer then please drop me a line!!