Posted on June 24, 2010 by andyMogg in Breweries & Pubs, Crouch Vale, Meet The Brewer No Comments

What is your brewery capacity?
About 5,000 barrels per annum

What is different about your brewery?
I don’t know really, I’ve only ever brewed in my own brewery. However, we work hard at what we do and don’t cut corners. Many UK brewers talk a good fight but their product quality gives the game away. I hope and believe that our product quality speaks for itself 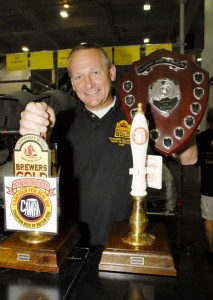 How long have you been brewing for?
Just under 30 years

How did you get into brewing?
Through an interest in traditional beer and a chance meeting with a micro brewer at a beer festival

What special/seasonal beers do you brew?
Too many to list, really. We have a flexible programme of monthly specials which we use as an excuse to play with new hops, for example. I am not a fan of the so-called â€œspeciality beersâ€; I believe there is plenty of variety to be had just by using different malts and hops. Recent brews have included Apollo (ABV 4.3%, using US hops of the same name) and The Golden Duck (ABV 3.8%, a cricket themed beer brewed with a little wheat malt and Cascade hops)

Where do you think the future of brewing lies?
I feel very strongly that the future lies in maintaining and improving product quality. In my view, too many brewers make their beers to an unrealistically low budget and compromise quality in the process. In my view, there is little point in making poor beer and selling it cheap but there are many what I call â€œeconomy beersâ€ out there. Much better to brew a quality product and charge an appropriate price. Many of the US micro-brewers put ours to shame in this respect

What is you proudest moment in brewing?
Probably winning Champion Beer of Britain with Brewers Gold for the second time at Olympia, in 2006 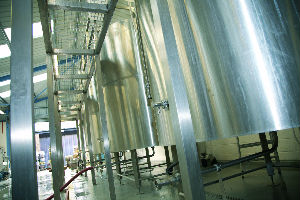 Do you have any brewing regrets?
No, not really. Brewing on a small scale can be a very lonely and challenging business and the lows are very low, but the highs are very high!

What is your brewing ambition?
I have probably already realised my ambitions in terms of what we have achieved but will continue to work to produce ever-better beers

What was last beer you drank?
Crouch Vale Apollo

What is your favourite hop?
Probably Amarillo

Do you have a Brewing hero/inspiration?
Yes. A late gentleman by the name of Timothy Atkinson was head brewer at local rival Ridley’s when I first came into the business. He was a proper old-school brewer who really knew his stuff. He produced a superb dry and tangy 3.4% pale ale which was almost the ultimate thirst quencher. His help and guidance were invaluable to me in those early years

Which beer do you wish you had brewed?
I would have loved to have brewed the original Draught Bass on the Burton Unions. Quite how such a revered brand was allowed to die is beyond me.

Favourite hobby outside of brewing
Cricket, and music. Can I have two favourites?