Posted on March 31, 2011 by andyMogg in Coniston Brewery, Meet The Brewer No Comments

This week’s Meet The Brewer comes from a little closer to home, with Ian from Coniston Brewery in the lovely Lake District, taking time out from his busy schedule to fill us in about the brewery.

If you are ever in the area it’s definitely worth a visit but best left until after you’ve climbed Coniston Old Man. 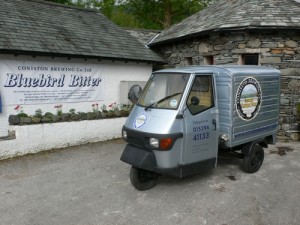 What is your Brewery name and where did it come from?
Coniston Brewery the ancient Norse who named Coniston

What is different about your brewery?
It’s the only one in Coniston

How did you get into brewing?
My father who owned the Black Bull in Coniston re discovered the taste beer due to craft brewers and thought we could do the same in Coniston , he was right. 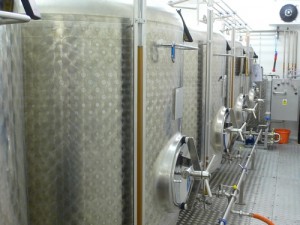 What beers do you brew regularly?
Our main stay is Bluebird Bitter , but we brew eight other beers from Oliver’s light Ale at 3.4% to No.9 Barley Wine at 8.5%abv. Also our Special Oatmeal Stout and New I.P.A.

What special/seasonal beers do you brew?
The Barley Wine is our special once a year beer.

Do you bottle/keg/cask your beer?
Yes all three 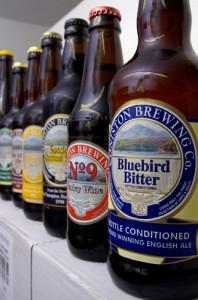 What is you proudest moment in brewing?
CBOB 1998 Olympia London

Do you have any brewing regrets?
A few , but too few to mention

What is your brewing ambition?
I kind of peaked with the CBOB IN 98 , Just to enjoy what we do at Coniston , maybe one more Champion Beer??

What is your favourite hop and why?
Nothing to mad ,Challenger has done good things for us and can be spectacular in Aroma as well as bittering

What is your favourite beer/food combo?
Fish and Chips /Pint of Bluebird Bitter

Do you have a Brewing hero/inspiration?
David Smith my consultant is my brewing hero , he is the oracle and the chemist behind my beers. 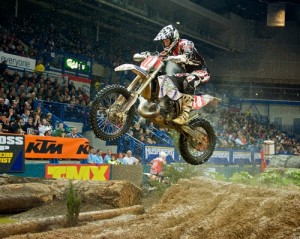 If you could brew one collaboration beer with someone who would it be with and what would it be?
I already collaborate with Peter Scholey the head brewer from Brakspears and Beer Counter he produces fantastic Bottled Bluebird for us.

Which beer do you wish you had brewed?
Bluebird Bitter ! Juipur is pretty cool also

How do you spend your time when you aren’t brewing?
Drinking , Motor sport , Family not in that order though.

If you could have one superhero superpower what would it be?
Electro-microscope eyes to watch that yeast ,oh and flying would be o.k.

Anything else you want to tell us?
New Infinity I.P.A. OUT SOON , AND JUST A BIG THANK YOU TO ALL OUR LOYAL CUSTOMERS AND DRINKERS. CHEERS