Posted on October 21, 2010 by andyMogg in Breweries & Pubs, Founders Brewing Co, Meet The Brewer No Comments

This week’s Meet the Brewer comes from the good old U S of A , and from a brewery I  recently fell in love with after working my way through a case of their beers. So over to Jeremy…

What is your brewery capacity?
28,000 bbl currently, but we are in the process of expanding, so we’ll be at around double that as of early 2011 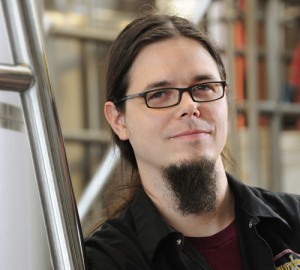 How long have you been brewing for?
I started brewing professionally almost 10 years ago.

How did you get into brewing?
I was introduced to craft beer back in 1995 and decided to give homebrewing a try. I really enjoyed it, and a few years later I found myself unemployed, so I took an entry level job at Founders and worked my way around the place, learning each department. Eventually I took over as head brewer.

What beers do you brew regularly?
Every week we brew our year round core products like Pale Ale, Centennial IPA, Reds Rye, Dirty Bastard and Porter. We also have three different seasonal brews to keep up on, as well as seven different specialty beers. I also try to brew a few experimental batches each month just for our taproom.

What special/seasonal beers do you brew?
From January through April we brew Double Trouble, our Imperial IPA. April through August is Cerise, our summer brew made with Michigan cherries. And September through December we brew Breakfast Stout, a chocolate coffee oatmeal stout.

Where do you think the future of brewing lies?
I think a lot of brewers, myself included, are brewing beers that don’t really fit into traditional style guidelines. Consumers want to try new and exciting things, so as brewers we need to keep experimenting and challenging their palates. The brewers who can be creative yet maintain deliciousness in their products will do well. 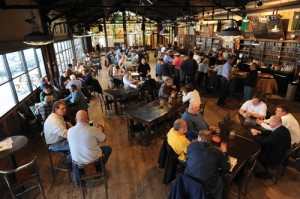 It always makes me feel good when people tell me how much they enjoy our beers or when I read some nice reviews on line. My proudest moment was probably winning four medals this year at my first World Beer Cup. I really wasn’t expecting it, especially since three of the four winners were IPA, Dirty Bastard and Porter – beers that we brew every week. Imperial Stout won the other medal there, then Curmudgeon and our brand new Endurance Ale (a session IPA) both won medals at the Great American Beer Festival. That was exciting too, a pretty good year.

Do you have any brewing regrets?
I wish I had more time to visit other breweries. There’s a lot of breweries right here in Michigan that I’ve never been to, and it makes me sad.

What was last beer you drank?
Right now I’m drinking a fresh Breakfast Stout right off of our bottling line.

What is your favourite hop?
I really love some of these newer American hops like Simcoe and Amarillo.

Thanks to Jeremy for filling this in, I know he is a really busy guy you can visit the Founders website here follow them on twitter @foundersbrewing or visit them on facebook  (brewery) AND here (taproom) or read their blog here.

If you haven’t tried their beers already you can buy them from Beermerchants, they are rather delicious and the mixed case is a great price.