Posted on July 21, 2011 by andyMogg in Meet The Brewer No Comments

This week sees the return of Meet the Brewer, it’s been a while as brewers are busy brewing beer, which is good to hear!!

What is your Brewery name and where did it come from?
The Cliff Quay Brewery, we are house in part of the former Tolly Cobbold Brewery on Cliff Quay in Ipswich.

What is your brewery capacity?
40 barrels per week

What is different about your brewery?
My passion for flavoursome, but drinkable beers, and our use of steam for heating which helps to produce those beers. 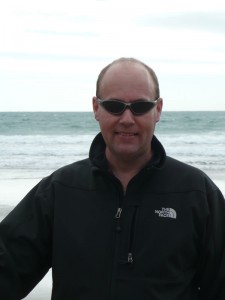 How long have you been brewing for?
I started brewing in 1984, though we only started Cliff Quay in February 2009

How did you get into brewing?
After college I considering what do and nearly ended up in a hospital lab job, but a joking speculative letter to the Firkin Brewerys landed me a job
with them.

What special/seasonal beers do you brew?
Black jack Aniseed Porter, and seasonal this year have been, Milk Float milk stout, Time and Tide, Clipper, Roaring Forties, Docks Bollards and Foghorn

Where do you think the future of brewing lies?
I think that history will repeat itself and that steadily the smaller micros will merge and grow into regionals. The big brewers will finally wake up and
we will all being looking and a much smaller brewing market, but with much more local beers and genuine flavoursome beers

Do you bottle/keg/cask your beer?
We rack our beer for cask, have some bottled and halnd bottle a very small amount

What is you proudest moment in brewing?
Winning a Gold medal at the International brewing Awards and designing Brakspears Triple.

Do you have any brewing regrets?
Many mistakes but few regrets

What is your brewing ambition?
Success, and brewing beer that people like to drink. 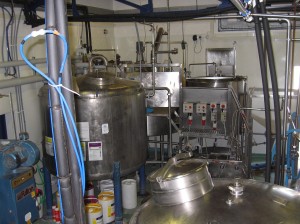 What was last beer you drank?
Adnams lighthouse bitter

What is your favourite hop and why?
Styrian Golding. It adds a light citrus note without being over powering, it is also very versatile.

What is your favourite beer/food combo?
Ploughmans lunch and a pint of bitter

Do you have a Brewing hero/inspiration?
Peter scholey, is an exceptionally talented brewer

If you could brew one collaboration beer with someone who would it be with and what would it be?
Pasteur, and a classic bitter, the French are rubbish at brewing good beer but Pasteur did a huge amount for beer brewing before he started on wine

Which beer do you wish you had brewed?
St Austells tribute

How do you spend your time when you aren’t brewing?
Gardening and cycling.

If you could have one superhero superpower what would it be?
Foresite

Anything else you want to tell us?
Thanks and enjoy trying our beers

Thanks to Jeremy for filling this in, check him out on twitter here and visit his website here.