What is your Brewery name and where did it come from?
Nøgne ø,  Det  Kompromissløse Bryggeri, which litteraly means Naked Island, The Uncomromising Brewery. 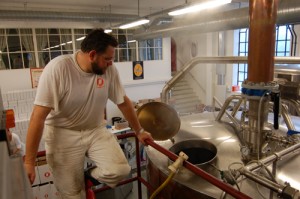 Kjetil keeping an eye on things

Naked Island is a term from from the poem “Terje Vigen” www.terjevigen.com which Henriks Ibsen  wrote while living in our home town, Grimstad, and it refers to an island without much vegetation.

What is your brewery capacity?
The annual capacity of Nøgne ø is around 4500 hl.

What is different about your brewery?
In a Norwegian context, pretty much everything is different, as most other breweries make almost nothing but light, industrially brewed, filtered and pasteurized lager.

In an international setting I still think we stand out.

How long have you been brewing for?
Personally I started home brewing in 1999.The founding of Nøgne ø  in 2002 made me take the step into commercial brewing. 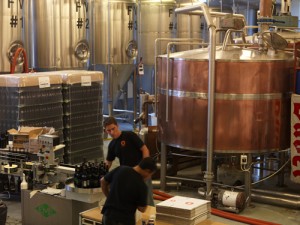 How did you get into brewing?
By my enthusiasm for cooking, which made me venture into making my own beverage. Since grapes do not grow well in Norway, the only right beverage to start making was beer.

Personally I do not have time to brew much any more. There is the occasional brew during summer or Easter, when the brewers are on vacation. Other than that, most time is spent at other task, like quality control, product development and upgrading/improving various procedures and equipment.

The future of brewing is in good beers made with focus on quality and craftsmanship. People understand that these products should be respected.

This is in contrast to industrially made products which nobody care about and everyone wants to pay as little as possible for.

Initially we started with an all bottle conditioned portfolio.  Now we have some products which are too strong to bottle condition, as the yeast becomes quite unpredictable above 10 percent alcohol.

We also keg on disposable keykegs. Most of these are keg conditioned. The key kegs are fantastic. We believe that the use of these is an advantage for the environment, as it can be recycled 100%, and we do not have to ship steel kegs in return.

Occasionally we do cask condition our ales, but only upon request from our customers. 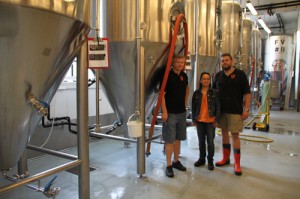 It makes me very proud when we get emails, phone calls and letters from people who wishes to tell us how much they appreciate the beers we brew. That shows that we are having an impact on people’s lives. That we are doing something good.

Actually, No! Because all mistakes I have done(there has been many!)have been extremely educational.

To make the majority of the population in Norway to understand that pasteurized, filtered, underhopped lager beer is the inferior drink. That one day people will understand that beer is as versatile, complex and rewarding to drink as wines. What was last beer you drank?

Hmmm….This is a tricky question to answer!!!!!

Generally I think I would say Cascade. Fresh and citrusy. It can be subtle. You can make it aggressive. It goes with most beer styles.
But I love the spiciness of Columbus as finishing hops (i.e. in whirlpool). It gives a unique complexity.

What is your favourite beer/food combo?
Beer and cheese. Rich Belgian ales, dark or light. Strong malty British ales as barley wines, old ales or strong browns and porters with Stilton, Gouda and Chevre. If you add some walnuts and pickles, then it is 100% perfect.

Do you have a Brewing hero/inspiration?
There are so many. For so many different reasons.

But I guess Fal Allen and Dick Cantwell who started the Pike Place Brewery, and John Maier from Rogue are a true inspiration. They have been in the brewing business  for a long time, and still they are 100% dedicated to brewing. They are still totally hands on. No desk , suit or commercial jobs for them. But brewing and dedication to flavours. 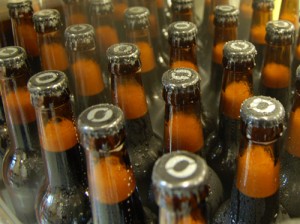 When I am not brewing, I am either working for the brewery by my laptop computer, or doing my other job which is as an airline captain on Boeing 737s. The only time I can relax is when I visit my second home, which is on a beach in Malaysia.There I do as little as possible. Such a contrast to my life in Norway!

The ability to concentrate, have patience and focus. Both in an intellectual way and spiritual.

Maybe that we at Nøgne ø are working on keeping the playful spirit we had when we started. It takes an occasional battle against the beancounters, but we are still committed to keep the non commercial mindset.

Big thanks to Kjetil for filling this in, I really enjoyed reading it and hope you do to.

One comment on “Meet The Brewer: Kjetil Jikiun (Nøgne ø)”