Posted on October 8, 2014 by andyMogg in Meet The Brewer, The Runaway Brewery No Comments 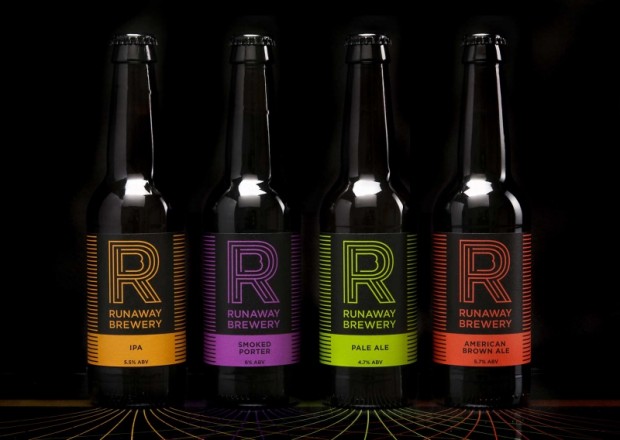 What is your brewery capacity?
5.5bbl

What is different about your brewery?
With more and more good microbreweries around these days with similar ethos to ourselves, that’s not so straight forward a question. What we can say is that we want to produce quality and flavour focused, modern British beer, inspired by the sort of beer we love to drink. At the moment, that means beer big flavoured beer served in keg and bottle, served chilled and slightly carbonated. Although not uncommon, our approach is still proving to be a bit controversial locally – certainly within more traditional beer circles – but we feel that there needs to be a change in the perception of beer and beer culture if it is to continue to thrive. We’re genuinely excited to be part of what we see as a modernisation of a great British tradition – and we want to brew beer that appeals to anyone with an interest in what they drink – making good quality beer the rule rather than the exception.

How did you get into brewing?
The simple answer: through drinking beer!

We’ve both had an interest in beer for a long time and have spent what i’m sure would be considered by some as far too much time and money traipsing around breweries and hunting down interesting beers. We’re both CAMRA members and Darren in particular has been an active member for a number of years – volunteering on local committees and acting as Brewery Liaison Officer in the past. We’ve both been part of the discussion around the difficulties facing traditional beer culture for a long time; opening our own microbrewery seemed like a good way to enact the sort of change we want to see.

We went on a short course at York Brewery, and did a bit of work experience at one or two small micros. Then, with a fair bit of help from a couple of friendly brewers, jumped straight in and went for it.

What beers do you brew regularly?
At the moment, we have a range of 4 beers we brew regularly – a crisp, dry Pale Ale (4.7%), a tropical, but balanced IPA (5.5%), a highly drinkable, but complex American Brown Ale (5.7%) and a light bodied, sweet, rich Smoked Porter (6.0%). All of our beer is unfiltered and unpasteurised, and although quite strong compared to traditional ales, are designed to to be as drinkable as possible.

What special/seasonal beers do you brew?
We are currently developing a malt driven, German style Marzen beer/lager to coincide with the autumn celebration of Oktoberfest. Keep your eyes peeled over the next month or so for that one.

Where do you think the future of brewing lies?
You wont be surprised to hear that we’d love to think big flavoured, consistently high quality beer, produced in relatively small volumes by local breweries will take over from the generic, mass produced beer that has stifled customer choice for too long. We’ll see.

Do you bottle/keg/cask your beer?
All of beer is keg and bottles conditioned. We don’t currently make cask ale, though we’ve agreed to put something in cask for the Salford Beer festival in October – it’s a good cause!

What is you proudest moment in brewing?
Its early days for us – but pulling a new brewery together from scratch on a limited budget in under 6 months has to be up there! Obviously there’s no greater feeling than watching people order and enjoy our beer – particularly if they come back for another!

Do you have any brewing regrets?
Not yet – but there’s plenty of time! Not opening a brewery could easily have been one!

What is your brewing ambition?
To make a living doing something we love and enjoy, whilst producing beer that we can be proud of. Sounds simple enough right?

What was last beer you drank?
Our semi fermented Oktoberfest straight from FV (brewery admin really is a bind). Last actual beer was Hibiscus from Five Oh Brew Co (Prestwich) at Red Willow bar in Macclesfield – a beautifully floral and tasty IPA.

What is your favourite hop and why?
Dont have one.

What is your favourite beer/food combo?
A strong American Brown Ale with a bowl of ‘beer cheese’ (ponced up rarebit) from Earle’s Beer and Cheese will be pretty hard to beat. Though a crisp Pale ale with a Pad Thai comes close.

Do you have a Brewing hero/inspiration?
A few. They know who they are.

If you could brew one collaboration beer with someone who would it be with and what would it be?
Would love to get hands on with the guys at Sierra Nevada (so to speak) – would have to be a big IPA of some sort I guess. Would settle for a couple of months at Orval instead if you could hook us up?

We do have a couple of (more realistic) collaborations in mind though. Its a great way to share ideas and help us develop as brewers – so we’re looking forward to doing one sometime soon.

If you could share a pint with someone dead or alive who would it be, what would be the beer and where would you have it?
Bob Marley – Red Stripe – eating fresh snapper at a beach bar in Port Antonio, on the east coast of Jamaica wouldn’t be too bad. I’d settle for a fire side spot in a small country pub with a few bottles of Schlenkerla Marzen and a couple of old friends.

Which beer do you wish you had brewed?
How long have you got? Export India Porter by Kernel, Wahoo Wheat by Ballast Point, Snoodlepip by Wildbeer. I can keep going…

How do you spend your time when you aren’t brewing?
We’re 3 months in. Are you kidding? I’ve barely enough time to keep up a healthy cheese habit! In truth its pretty all encompassing right now – so doing precious little else at the moment.

If you could have one superhero superpower what would it be?
Always fancied an invisibility cloak. But the power to stretch time would be useful right now.

Do you have a website/twitter/blog?
We’re working on our web site at the moment (was down the priority list for a while) but you can keep up with us for now on twitter – follow us at @runawaybrewery

Anything else you want to tell us?
Thanks for having us! 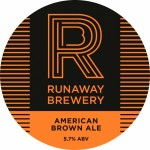 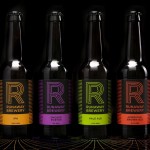 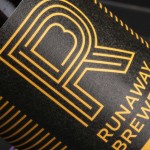 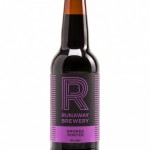