Posted on August 6, 2013 by andyMogg in Meet The Brewer No Comments 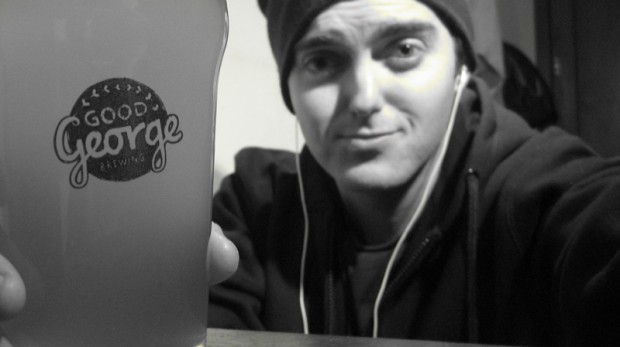 What is your Brewery name and where did it come from?
Good George. This was once the site of St. George’s church, hence the name. You can find us in Hamilton, a small, yet bustlin’ city situated along the mighty Waikato.

What is different about your brewery?
Our location and being a brewpub serving fresh beer and great food is unique around these parts. We aren’t purposely trying to be different though, we’re just about crafting quality, delicious beer with simple ingredients.

How long have you been brewing for?
Commercially about two years now.

How did you get into brewing?
I had been enthusiastic about good beer and home brewing for some years, and I began working with a beer wholesaler in London. On my days off I would help out at the Kernel Brewery, conveniently situated in a railway arch around the corner. Needless to say, I really enjoyed the beers and the Kernel’s philosophy was refreshing. Evin was kind enough to give me a permanent gig in the brewery. 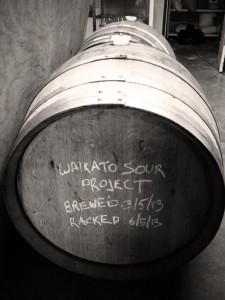 What special/seasonal beers do you brew?
We design different recipes to coincide with seasons, ideas, festival brews and the like. To date we’ve brewed a black IPA, Belgian Dubbel, different takes on hoppy pale ales and IPA’s, a grapefruit Saison, a pilsner to be released in Spring…with more specials to come in 2013. We also mature beer in used wine barrels sourced from NZ wineries, which are currently holding higher gravity beers and sour/wild ales. Our barrel ageing program will continue to grow and evolve in due time!

Where do you think the future of brewing lies?
It still feels like the sky’s the limit in regards to breweries pushing boundaries, and modern beer style interpretations emerging. I think the drinkers will be demanding better quality going forward, and particularly across all classic beer styles. Sessionable, flavoursome beers will also be at the fore!

Do you bottle/keg/cask your beer?
We only keg at the moment, but will bottle our speciality beers in the near future. A firkin or two may just be a lovely addition in the pub as well!

What is your proudest moment in brewing?
I can’t say there’s one defining moment. I’m proud to create something with my own hands, with materials and ingredients from the land around us. More importantly, seeing people happy, socialising with family, friends and new faces at the bar enjoying the beers that you have crafted is always a wonderful feeling.

What is your favourite beer/food combo?
Tough to answer a favourite! I’ve had many a memorable food and beer epiphany around the globe. Where do I start? Beer and cheese is something I definitely need to indulge more of my time in! 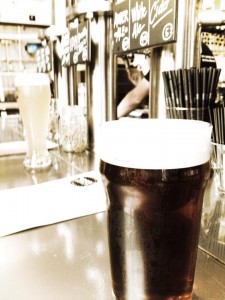 Do you have a Brewing hero/inspiration?
I’ve been fortunate to have travelled a lot and met so many great brewers that I respect and look for inspiration to. I don’t like to put anyone on a pedestal but to name a modern brewing figure that I admire is Shaun E. Hill. Simple ingredients yet they are executed in such a manner that result in delectable, soft and just beautiful beers to drink.

How do you spend your time when you aren’t brewing?
Cleaning kegs and tanks! But seriously, I love to travel and cook food. I also enjoy rambling around mountains and lakes or hitting up the coast on a nice day. We’re spoilt in NZ for that kind of stuff.

Anything else you want to tell us?
Thanks for reading and see you in New Zealand for a beer!