Posted on March 11, 2010 by andyMogg in Breweries & Pubs, Harviestoun, Meet The Brewer 3 Comments

It’s that time of week again where we harras a brewer to fill in our questionnaire for Meet The Brewer, This week the email headed way up across the border to Scotland and to the Harvistoun Brewery, where it was filled in by non other than Head Brewer Stuart Cail.

Harviestoun are one of my favourite breweries in the UK (I once had a beer bread recipe on their website that won me a case of Bitter & Twisted) so I was really chuffed when they agreed to take part, So over to Stuart for a little bit more about him. 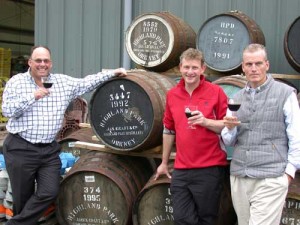 What is your brewery capacity?
Currently 10,000brls pa. We are in the process of increasing this

What is different about your brewery?
Given the are 700+ breweries in the UK alone I’m not sure!

How long have you been brewing for?
25 years

How did you get into brewing?
Had to stop being a student eventually

What special/seasonal beers do you brew?
Old Engine Oil, Ola Dubh and 12 other monthly brews throughout the year, including a fresh (green) hopped beer

Where do you think the future of brewing lies?
In more specialist beers and the continuing success of cask conditioned beers 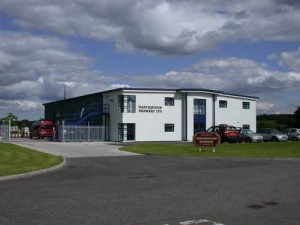 What is you proudest moment in brewing?
When our American Importer tasted the Ola Dubh and said â€˜I’ll take it all’!

Do you have any brewing regrets?
No

What was last beer you drank?
Schiehallion

What is your favourite hop?
It’s not so much the individual hop rather the way in which they combine. There are over 130 varieties so it’s still work in progress!

What is your brewing ambition?
Hopefully to continue to brew beers that people like.

Do you have a Brewing hero/inspiration?
I find most of the brewers’ I meet inspiring!

Which beer dp you wish you had brewed?
I’m happy for other people to brew good beers too!

Favourite hobby outside of brewing?
Music

Thanks to Stuart fortaking time out to complete this, you can repay him by visiting the Harvistoun Website and by buying his beers.

If you are a brewer and would like to take part then please drop me a line.