Posted on June 12, 2013 by andyMogg in Timothy Taylor No Comments

What is your Brewery name and where did it come from?
Timothy Taylor & Co. Ltd, named after our founder Timothy Taylor himself in 1858.

What is your brewery capacity?
That’s a hard one to answer really as all breweries can be manipulated to achieve volumes out with your plants normal capabilities. Even micros these days can contract out, so making comparisons is difficult, but we are most interested in quality not volume

What is different about your brewery?
We are a small family brewery where compromise is a dirty word. Our beers are brewed today as they were in 1858 and our brewers eyes, ears, and nose haven’t been replaced by computers. Any one of our 5 Heriot-Watt qualified brewers sill ‘mash in’ the traditional way.

We’re not adverse to improvements though and pioneer new, novel equipment and processes that safeguard our team and push our beers to be the best.

How long have you been brewing for?
I’ve been brewing at Taylors since 1999, fresh faced out of Herriot-Watt after helping write their Distance Learning Course in Malting & Brewing post graduation.

How did you get into brewing?
Ahh a classic….’I met a girl……… Pretty simple really… misspent youth coiffing cask ale in and around Newcastle! Cutting my teeth on cans of Webster’s and Draught Theakstons XB. Then a girl friend (who now works for Diageo) pointed out there was a Degree in Brewing. My eyes lit up, it turned out to be full of subjects that floated my boat (Biology’s predominantly) and that was that. I packed up and shipped off to Edinburgh to learn the ways of the Brewer.

What special/seasonal beers do you brew?
One of the brewers faves is Havercake which makes an appearance from time to time… (shh you never know!!) Fantastic in bottle but to die for in cask. The mix of coloured and speciality malts (Oats! 2 kinds) and Kentish hops just combine so well. Moreish doesn’t do justice.

Where do you think the future of brewing lies?
Hard to say really. From a product perspective I’d like to think that beer drinkers will drive the market forward in terms of quality, and that us brewers will respond to the challenge. The current choice and variety of beer out there today is phenomenal and a fantastic testament to a humble drink with its roots in the fabric of our lives. Beer has provided the world for hundreds if not thousands of years with a clean source of nutrition (& pleasure). Long may it last!

Do you bottle/keg/cask your beer?
Bottle and cask

What is you proudest moment in brewing?
Ooh that’s a toughy! Being at GBBF and hearing ‘Timothy Taylors’ & ‘GOLD!’ has to be up there but then the day to day achievments of keeping a 150 yr old brewery ticking over are often a ‘cheers’ and toast worthy at the end of a hellish day. Being a TT brewer is pretty cool… I must admit. 😉

Do you have any brewing regrets?
Nope!

What is your brewing ambition?
Just to keep making the best beer possible and keep the drinkers coming back for more! Mind you Timothy Taylors Head Brewer & Production director has a nice ring to it!

What was last beer you drank?
Just in from a post work QA session at the Red Pig Keighley so ‘Landlord’. It’s gotta be special to get me off the BBBB!

What is your favourite hop and why?
Really love the English

varieties! Fuggles in particular. Luckily for me I get to go see our specially grown fuggles on hop walk every year. Their box shape is mesmerising and their subtle yet powerful aromas and flavours really add that je ne sais quoi to a beer. I’m not a massive fan of American hops, but maybe that’s unfair and its more to do with their unbalanced use that seems trendy at the moment.

What is your favourite beer/food combo?
To be honest, last night I had a bottle of landlord (or two) with a tapas’y style meat cheese pickles combo… and it just hit the spot! Healthy too, well healthy-ish.

Do you have a Brewing hero/inspiration?
The profs at HW were all pretty inspirational. I know that sounds a bit sucky but its true. That can’t be the whole list though and with so many compadres in the industry where would I stop.

If you could brew one collaboration beer with someone who would it be with and what would it be?
Top secret!

If you could share a pint with someone dead or alive who would it be, what would be the beer and where would you have it?
Erm Robert ‘Rocket’ Stephenson would be pretty interesting I think and Bobby Robson. Can you tell I’m a Geordie? Alive maybe Olivia Colman! Two Baftas, two great speeches and she always seems to just be herself. Ooh Lauren Laverne!! That’d be a pretty good night round the bar at the Red Pig Keighley. Best jukebox in Yorkshire! Pint of Havercake in hand.

Which beer do you wish you had brewed?
Harvey’s Old Ale is a corker! Ssshhhh… I did get to Brew Harveys Best Bitter though! Mesopotamian Ale! Imgaine being the first person to ever make beer!!… you’d be pleased as punch!

How do you spend your time when you aren’t brewing?
When am I not brewing??!?! Erm this 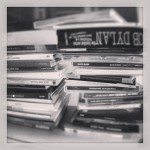 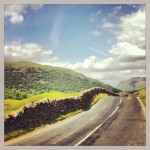 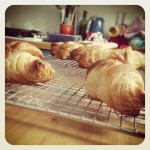 If you could have one superhero superpower what would it be?
Iron Mans suit would be pretty cool! Can I have that? He’s kind of a superhero. No! Ok well Supermans flight ability for sure. Fly me to the moon………

Do you have a website/twitter/blog?
I can be stalked on Twitter @TTBrewerNick, instagram BrewmasterB and sometimes I make an appearance @TimothyTaylors www.timothytaylors.co.uk and excitingly Facebook too now,

Anything else you want to tell us?
I was once told I was allergic to yeast by a complimentary therapist…. I obviously took heed. Some things in life are just worth it! #borntobrew 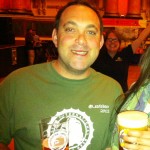 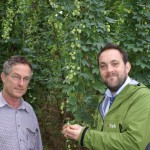 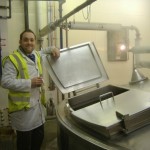 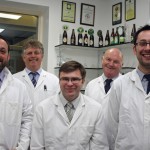