Posted on March 1, 2011 by andyMogg in Beer Gifts & Gadgets, Beer Stuff, Food and Recipes No Comments

A couple of days ago I spotted Richard Fox’s Beer and Food book going cheap so decided to order it and see what it was like. I’ve only had a quick flick through so there will be  a proper review of it soon, but in the meantime I decided to make his beer mashed potatoes to go with our bangers on Sunday night. 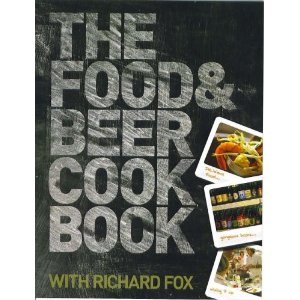 It did seem like a bit of a waste of beer but the flavour of the mash was worth it, The recipe suggested using Old Speckled Hen so that’s what I did, A little bit of the bitterness came through as did the beer flavour, which I think added a nice twist to the dish, it would also work quite well with a touch of mustard in too.

I used my potato ricer instead of mashing it, so once the butter had melted I removed it from the heat and riced the potatoes into it.

If you want to try the book for your self you can find it on Amazon here.