Posted on September 4, 2012 by andyMogg in Beer Festivals & Events No Comments 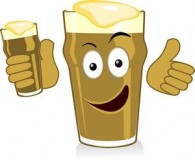 Today sees the launch of the most comprehensive search for the best British beer of 2012. Now in its
second year, the competition runs until the end of November 2012, with the winners announced in early
December 2012.

Other beer competitions in the UK require entry by the brewers. Not all beers are entered for even the
most prestigious competitions. So how can they be objective? They can’t.

aletalk.co.uk’s Britain’s Best Beer competition is unique in that 100% of beers brewed in the UK are
automatically entered. All styles are eligible; the only condition is that the beer must be genuinely brewed
in the UK.

It is free to register with aletalk.co.uk and registered users who vote in the competition will be entered
into the site’s monthly draw to win a case of beer which this year has been kindly sponsored by on-line
beer retailer AlesbyMail.com.