The winner of the Slurp Beer is……

Firstly thanks for all of the entries into the Slurp Beer competition, there were well over 100 entries and 79 people who answered the questions correctly.

The winner was picked after I tweeted asking for a number, this corresponded to the row of in the database of correct entries and this lucky person was Cinabar from FoodStuff Finds. 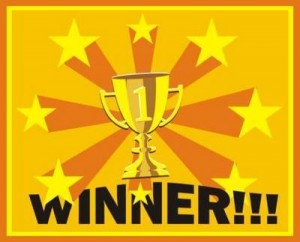 The case of beers should be in the post very soon!!

For those of you who didn’t win, there will be a couple more competitions coming up soon, including another one to win a copy of Beer Tickers on DVD.

There were some cracking answers to some of the questions, I did accept slight variations in terminoligy And for those interested in the answers here they are:

One comment on “The winner of the Slurp Beer is……”