Posted on November 27, 2014 by andyMogg in Beer Festivals & Events No Comments

I’ve just found this in my draft posts (along with one about GBBF) from earlier in the year, not sure why I didn’t post it (could have been the poor quality photos I took) but thought I might as well do it now.

July 4th saw the first Thornbridge beer festival…dubbed Peakender, Set in the grounds of Thornbridge Outdoors, a stone’s throw from Thornbridge Hall and with free camping on offer I thought it would be rude not to give it a go.

We arrived at the campsite early Friday afternoon to be greeted by a friendly team showing us where we could camp and where all of the facilities were, unfortunately we were a little early for the bars being open so once the tent was up we nipped across to the hall and gardens for a cup of tea, cake and then a wander round the lovely grounds, mainly so I could get a photo of  Flora, the statue which adorns the Thornbridge labels and pump clips.

We even managed to squeeze a little bit of sunbathing in the grounds before heading across back just in time for the bars opening their doors. The festival bars were spread across two buildings and offered beers from, amongst others Roosters, Buxton, Redemption, Ashover, Oskar Blues, Wild Beer Co and of course Thornbridge.

Glasses were £1 each and tokens 50p each, then each beer was x number of tokens per half, ranging from 3 tokens up to a whopping 9 tokens for the stronger and rarer beers.  We worked our way through a good selection over the weekend, most being great, there was just the odd disappointment but that’s usually the case when a beer doesn’t live up to the hype.

The atmosphere was great, even the rain on Friday didn’t manage to put a damper on the mood, then the rival with a bit of sunshine on Saturday improved things further, after treating ourselves to an excellent coffee from Tamper Coffee we hopped down onto the old railway line and walked to Bakewell for some breakfast and a look around the village, before heading to the riverside brewery for a tour of the rather impressive and huge new Thornbridge brewplant. Tour complete we headed back to the festival to listen to some of the meet the brewer events which were being held in a giant Yurt, we managed to squeeze in the ones from Roosters, Redemption and the Brooklyn tasting where we got to try some rare and exlusive Brooklyn bottles. It was after these I discovered my beer of the festival,  Raspberry Sour from Ashover, packed full of fruit and sour without being too cheek sucking, it was spot on for the warm and clammy weather….just wish I’d found it earlier as i’ve have drank a whole lot more of it.

As a whole we were pretty impressed with the festival, for a first attempt most of it was spot on, the crowd was pretty diverse and there were lots of families there which was nice too see, the food options were great despite one of the vendors pulling out, the Burritos and churros were a hi-light and if you really wanted to push the boat out there was a well stocked bottle and can bar.

Improvements for next year* …a little bit more info about what is on and when, it wasn’t immediately obvious about the brewer events or the brewery tours, If I were Thornbridge i’d also look at charging for campign then offering some free beer tickets in return, that way more people who book will turn up, as from what we saw of the other campsites they weren’t as full as expected, not that it was a bad thing as it meant that when it rained on Friday night there was plenty of room for everyone in the bars.

*judging from the announcement email that went round a couple of weeks back some of these have been addressed already. 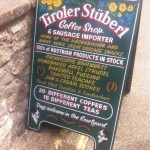 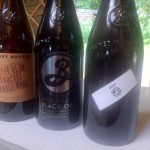 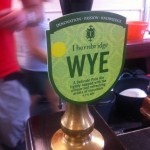 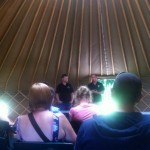 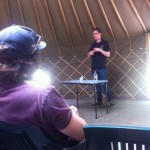 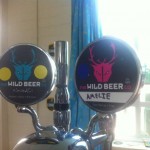 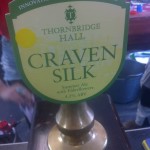 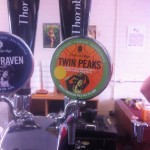 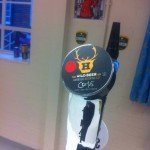 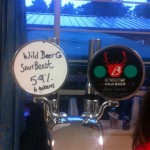 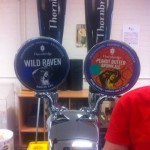 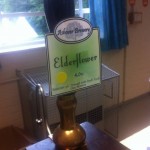 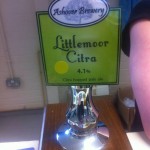 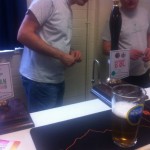 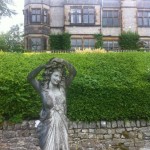 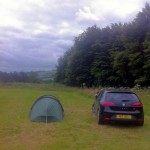 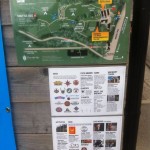