Posted on May 15, 2012 by andyMogg in Beer Festivals & Events, Truefitt Brewing Company No Comments

Saturday afternoon saw the grand opening of Truefitt Brewery, I was looking to going and having a look round especially after I’d been involved in the design of his branding and pumpclips through my company LemonTop Creative.

We arrived just after 14:30 and there were already plenty of people with a beer in hand chatting away.

Matt had laid all 4 of his beers on as well as a huge array of finger food plus some fruit based drinks and cider for those who weren’t into their ale.

I started with a pint of Erimus, the lightest beer in the range and a cracking pale ale which really did pack a punch for 3.9% ABV with a really big bitter kick at the end that lasted ages.

Next up came North Riding Bitter, a good old traditional bitter, plenty of nutty malt character and a little bit of grassy hop with just enough bitterness to cut through the malt.

Beer number 3  was possibly my favourite of the 4, Mydilsburgh IPA, A dangerously drinkable 5% ABV IPA, not in your face like many of the modern IPA’s but plenty of fruit flavour and a little bit of bitterness (not as bitter as Erimus) really really smooth, an absolute cracker,  although strangely Matt said it was his least favourite of his beers.  I could have quite happily stood and supped this one all day, but unfortunately I was cooking for the inlaws on the night so had to make do with a quick slurp of Dave’s pint of Ironopolis stout before heading home, from the quick slurp it tasted great but I’ll have to get my hands on a pint and give it a go.

By the sounds of it the Truefitt Beers are starting to find their way into plenty of local pubs such as The Star in Middlesbrough and Captain Cook Inn at Staithes to name two.

A big thanks to Matt for the invite, I wish I could have stayed longer, there was a great mix of people, the sun was shining and the beer was flowing…what more could you want on a Saturday afternoon.

If you want to find out more about Matt’s beers and where you can find them check out @truefittbeers on twitter. 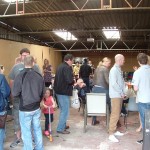 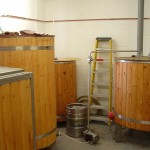 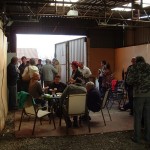 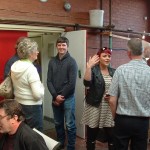 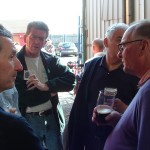 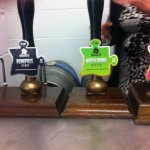