Two men, one camper van and a whole lot of beer

Posted on July 6, 2011 by andyMogg in Beer Stuff No Comments

Last night was another of those nights I couldn’t sleep, for what ever reason, inevitably I found my self browsing my YouTube subscriptions when a new video from NZ Craft Beer tv appeared, this video was part 4 of the 2011 and inaugural mashup.

Having completely forgotten about the previous episodes I found my self watching all 4 back to back. 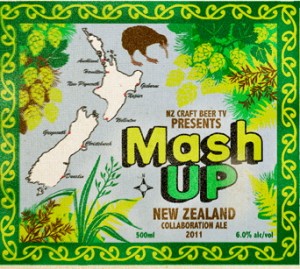 NZ Craft Beer TV is about two bloke’s journey to unite craft brewing in New Zealand, fortunately the two blokes involved are no ordinary blokes, one is Luke Nicholls, Founder of Epic Brewing Company and the second is none other than Kelly Ryan also of Epic Brewing Company but formerly of our very own Thornbridge in Derbyshire. They set off in search of various craft breweries and brewers throughout New Zealand and to persuade them to brew an Epic collaboration beer to showcase the best the country has to offer.

The videos are really well put together and have a nice bit of humour in them, they don’t get overly geeky. There’s plenty of nice brew house shots as well as some interesting bits about ingredients and that sort of thing so they are well worth making time to watch.

Some of the beers sound absolutely amazing and some of the branding knocks spots off a lot of the breweries we are all familiar with, in particular look out for Green Man, Arrow, Three boys brew and Golden Eagle breweries they look and sound fantastic.