Posted on September 20, 2011 by andyMogg in Breweries & Pubs, Mallinsons 5 Comments

Following on from Underrated Brewery No 1, we have another Yorkshire based brewery.

Mallinsons are a Micro brewery based in Huddersfield. They were founded in 2008, they brew a huge range of beers covering everyting from Oatmeal Stout and a delicious mild to singled dry hopped beers. 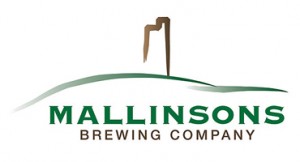 They also produce a couple of spot on bitters, proving that the art of making a good British Bitter isn’t dead! I’ve tried a fair few of the beers on cask and they have all been pretty delicious as have all of the bottles I’ve tried, I have to say that my favourites so far are Danger: Hops and Hopped No 3

Most of the beers are cask only but they do have a core range of 4 or 5 bottled beers and some of the specials do get bottled.

Locally their is a little bit of a buzz every time one of their beers is spotted at a festival or in a pub, but I don’t think they get the recognition they deserve from further afield, For a brewery to produce over 230 beers (you can read about them here) is some achievement.

They are another one of those breweries that does what they do very, very well and lets their beer do the talking, you won’t find any sill marketing stunts or crazy beers, just brilliant Yorkshire Beer.

Your best bet of finding Mallinsons beers if you aren’t in Yorkshire is to get some bottles from My Brewery Tap or get in touch with Mallinsons via their website, twitter or facebook.

5 comments on “Underrated Breweries: No 2: Mallinsons”