St Austell are a brewery I’ve admired for ages, but fell head over heels for when we were on honeymoon in Cornwall back in April.

As you can imagine they have a lot of pubs in Cornwall and just about everywhere sells some of their beer. The St Austell pubs we visited were great, most of them carried the full range of beers in one form or another whether it be cask or bottle so there was always something to drink no matter what mood I was in and they usually had some great food on to boot.

From what I’ve seen they get a lot of stick for not being too big and not using enough hops, this is another one of those times I struggle to see why people don’t like them.

St Austell are probably best known for Tribute, it’s available pretty much everywhere in bottle but it’s a completely different beast when well kept in cask, refreshing and fruity with just a little bit of zest to offset the sweetness.

But they do a lot more the range of beers they do is fantastic…everything from pale well balanced session beers and traditional bitters to a light zesty lager, bock style beer and a 9% IIPA. They use a lot of locally grown ingredients and I imagine they generate a lot of money for the local economy.

My favourites, Proper job, on cask in Cornwall has to be up there with my all time favourite beers, Trelawny is an excellent sunny afternoon beer,  Smugglers is great for those rainy days sat in front of the fire with a plate of cheese and Korev on draught is brilliant with Rick Stein’s fish and chips. I used to be a big fan of the bock too but haven’t had it for a long while.

I was also lucky enough to try some of their 9% IIPA at the Hawkshead beer festival a few weeks ago which is the first 9% beer that i’ve ever seen my mrs drink and enjoy!

There seems to be a lot of stigma over some of the reigonal brewers but there’s often more to them than first meets the eye, In a recent conversation/debate about “craft beer” their name came as apparently when brewing their new strawberry beer, they realised that the stems on the local strawberries they were using were making the beer to bitter, the brewing team then sat and destemmed a tonne of strawberries so that they could be used in the beer. (don’t quote me on this as I’d had  few beers and might have got the quantities wrong)…. If that’s true then that’s dedication for you. 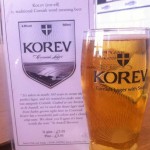 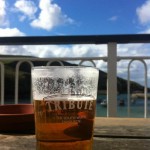