In the first of a series of guest posts on Beer Reviews, We let Kristy of BitterSweet Partnership loose to talk about what ever she wanted, as despite her love for a certain brand, she has some interesting points to make, so over to Kristy…. 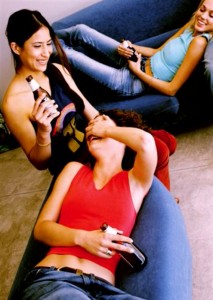 Did you know that the UK consumes over 26 million pints of beer every day? That fact alone suggests that we’re a nation of beer lovers (and I’m definitely one of them!). However, as a woman, I’m actually in the minority – only 13% of beer serves in the UK can be attributed to women, and 77% of women say that they never or very seldom drink beer. This isn’t the case in other countries : over a third of beer in Republic of Ireland is consumed by women, and 44% in Spain.

So, why haven’t women in the UK got a taste for beer? A major reason is the fact that the UK beer industry has traditionally ignored women : and as a result of this, BitterSweet Partnership was launched by Molson Coors in March 2009 to put beer on the menu for women and make it a stylish and acceptable drink of choice.

It’s been a learning experience : along the way we’ve found out that a third of women find beer packaging â€œugly and manlyâ€, that location counts (a third of women will drink beer at a gig or music festival but only 2% when meeting their partner’s parents) and that the majority think that talking issues such as sexist and stereotypical beer advertising could make beer more appealing to them.

At part of our work, we’re also been experimenting with new things to encourage more women to see the beauty of beer.  To add style to the drinking experience we’ve collaborated with fashion designer Amy Molyneaux from fashion label PPQ in order to develop some glassware designs, and nearly 2,000 women have voted on their favourite. We’ve developed a range of beer cocktails (which you can see on our YouTube channel)  Beer and food matching is something else were’ really interested in, and for Christmas we worked with TV chef Allegra McEvedy to develop a delicious beer-related Christmas dinner. We’ve been blogging about everything to do with women and beer and also set up our Facebook page.

Most important for us has been busting myths around issues such as calorie content – and speaking to women to find out what exactly they want from the beer industry.

So there you go – our first guest post from Kristy , what do you think? Please leave your comments below and I’m sure she will answer them.

PS if anyone else would like a guest spot then please get in touch and we will see what we can do..