Posted on August 29, 2010 by andyMogg in Beer News, Beer Stuff No Comments

I spent the majority of yesterday at the wedding of one of my mates from school, the same mate who’s stag do I had been at a few weeks ago in Liverpool which lead to me drinking all sorts of heinous cocktails and brightly coloured drinks out of a glass bigger than my head. It was a great day the bride looked lovely, the weather, for the most part was lovely, the groom was on top form, the best men (yes he had two) put on a show of the highest order, bouncing off each other like the chuckle brothers, the meal was lovely, the buffet was fantastic and a great day was had by all. 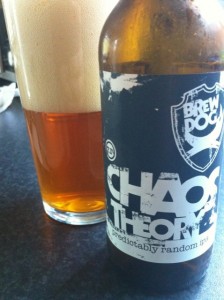 Ooops I think I poured it a bit fast.

You might be thinking what’s this got to do with beer?? Well as with just about every wedding, funeral, celebration party and Bar Mitzvah I’ve been to the beer selection was terrible, (actually I’ve not been to a Bar Mitzvah but I hear they are great fun). The choice was of Boddingtons, Guinness, Stella, Newcastle Brown Ale and some 4% piss water called Becks Vier which came out of the pump looking like it had an ice cream on top, fortunately there was no way you’d have been able to stick a flake in the Boddingtons, not that you’d actually want to do that, especially at nigh on £4 a pint.

As it happened the I got chatting to the uncle of the groom who was telling me he is trying to visit every pub in his copy of the 2008 good pub guide, he was a fair chunk into it and mentioned that he was going to pop over the road from the venue to visit Dr Brown’s as it was in the book, I thought it would be rude not to join him so tagged along.

Dr Brown’s isn’t the smartest of pubs but it is a pub I’m very familiar with, I used to work opposite it and it became my regular after work drinking spot. It’s an interesting pub, mainly because of it’s shape, its  a bit like a boat – long and pointy, it sits in the middle of two roads and is right on the corner. It usually has 2 or 3 handpull’s on at any one time and quite often gets some interesting beers in.

Last night’s choice wasn’t great but it was an improvement on the reception beer, I opted for the Deuchars IPA, which after drinking Boddingtons all day seemed packed full of flavour, malty, hoppy slightly sweet and a little bit of citrus, it was the best beer I had all day (apart from the sneaky and rather hastily poured bottle of Brewdog’s Chaos Theory I had between the two receptions.)

After the quick pint it was back to the reception, just in time for the excellent buffet, while scoffing the chicken and spicy wedge kebab I cobbled together we started chatting about the other “do’s” we had been to over the last few years and how that all bar one had the same sort of beer choices.

I guess I can see why all the venues do the same sort of beer choices, they have to appeal to the masses but it seems just a shame when I think back to some of the lovely big country houses and function rooms we’ve been in and how they put so much effort into the decorations, ambience and food but don’t seem to think twice about the beer selections. I understand that the function rooms aren’t always open so keeping a stock of cask beer could be a problem but as the rooms are usually so far in advance surely they could get some local ales in, I was also surprised to hear that many venues even consider getting a cask of ale in or letting you bring your own.

What could be better than sitting in  a lovely country hotel, surrounded my friends and family enjoying a pint of local cask ale with your carefully chosen food?

A plea to all function rooms……please provide a better choice of ale!