A few days ago I was sent a HeadCase iPhone for test I’ve since given it a thorough test and thought it would be nice to give it away to one lucky reader.

The HeadCase iPhone bottle opener case fits the iPhone 4/4s and is made out of nice tough plastic so it should protect your phone really well…I’ve not tried dropping it so can’t vouch for how much it protects the phone but I can vouch for the bottle opener working well, it had no trouble opening the bottles I’ve tried it on and it felt secure enough that I didn’t think I was going to damage my phone while opening the bottles.  The case is sealed on the back to prevent any spillages or spray getting to your phone and it’s also got little ribs on to spread the pressure round to prevent the case damaging your phone.

It also comes with a little app that can be downloaded from the App Store which counts the number of beers you’ve opened and can play different sounds as you open a beer.

To be in with a chance of winning one, all you need to do is leave a comment below with why you think you should win and we will pick 1 lucky winner at random on the 21st july

For those of you who don’t win you can buy one from http://beaheadcase.com 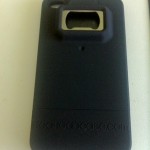 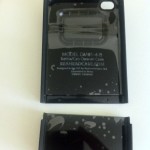 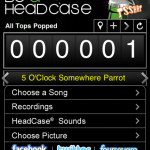 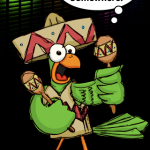