South Korea. The Internet hub of Asia, where the average man on the street already has a 100 Mbps broadband speed, and will have ten times as much by 2012. Where, it seems, the national past-time is to play multiplayer online games rather than drink beer. According to â€˜extensive Google researchâ„¢’ the only exported beer available is Hite Max Prime, which from a photo of a bottle looks like the Panda Cola of crappy lagers. 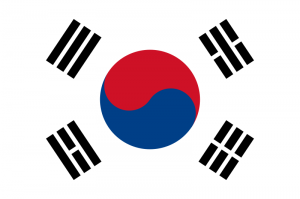 I’ve hunted everywhere for it anyway. Well, everywhere that I can reach from a computer desk. Virtual beer importers UK-wide obviously don’t feel that there’s a demand for South Korean alcohol. Perhaps they should show a little Seoul.

I almost hit pay dirt with the ever-reliable BeesOfEurope.com (which despite the name does import from all around the globe). A South Korean flag on their country list held promise. But there must have been a run on Asian bottled beers, because Hite Max Prime, reference SKH103, is out of stock. At £1.09 a bottle it was even quite reasonable. It’s been out of stock for the last two weeks.

There is, however, a Hite branded beer glass available. I had vowed that should South Korea make the last 8 I would buy that anyway, and drink something local-ish. Japan is the nearest neighbour, but both the Sapporo and Asahi breweries are over 1,000 miles from South Korea’s eastern border, which is the equivalent of me picking something from Tunisia in place of a British beer.

So blame Uruguay if you must. Or maybe I’ll just keep a beady eye out for Hite coming back into stock. Despite it looking like a bottle of supermarket own brand piss.