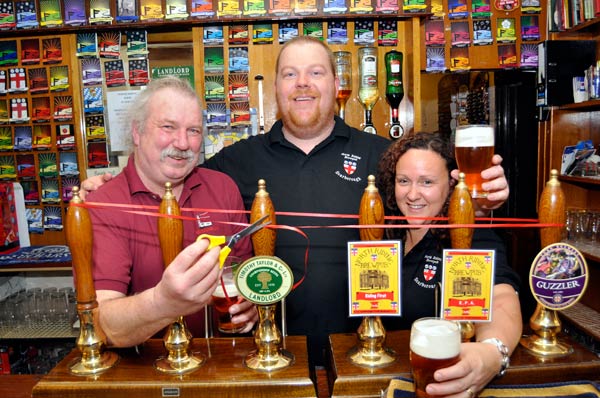 What is your Brewery name and where did it come from?
North riding brewpub –the building has been called the north riding hotel since it was built in the late 19th century

What is your brewery capacity?
2bbl

What is different about your brewery?
Its tidgy and its in the cellers of our pub/hotel

How long have you been brewing for?
Since January 2011

How did you get into brewing?
When we bought the hotel in 2005 we considered there was ample room to put a small brewery in the cellers it was just a matter of time and finances and finding one that would fit down our celler drop which is 94 centimetres!! 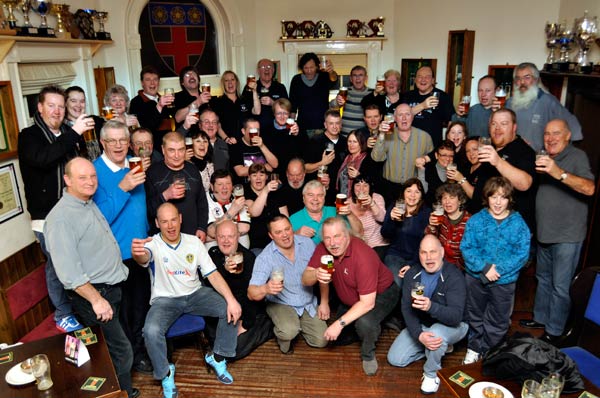 Where do you think the future of brewing lies?
I think you only really need to look around the real ale market nowadays and see there are over 900 breweries all providing diverse,unique beers for an appreciative palate and realise that the future is now!

Do you bottle/keg/cask your beer?
Predominantly cask although we have bottled a few of our stronger beers thanks to Malcolm bastow at 5 towns brewery

What is you proudest moment in brewing?
I am proud every time a see a pint of mine enjoyed over our bar

Do you have any brewing regrets?
Not buying more motueka last july!!!

What is your brewing ambition?
I am already living the dream

What was last beer you drank?
Red willow faithless XI

What is your favourite hop and why?
Nelsongalaxycitra sauvin!!!(did I get away with that?) 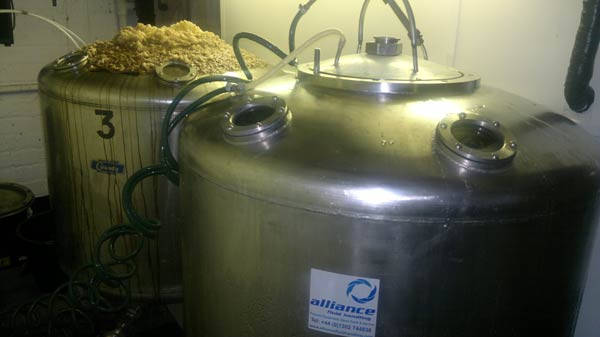 What is your favourite beer/food combo?
I don’t really do the two together to be honest I either like having a couple of pints or going out for a meal I normally drink wine but this is probably because there is no beer at most restaurants that I would choose to drink.

Do you have a Brewing hero/inspiration?
Dave Sanders,Kelly Ryan,Rob Wiltshire-these are the people who helped me learn to brew I particularly spent most of my learning at Robs Yorkshire dales brewery and I am indebted to him for teaching me the basics of brewing ,also when Kelly was working at thornbridge brewery when I was collecting beers from them I would spend time chatting to him picking up tips about malt combinations and various technical sides to brewing and as for Dave Sanders what this bloke doesn’t know about brewing you could fit on the back of a postage stamp! I should also mention Sue Simpson at brown cow brewery –always been at the end of a phone for me when ive had the occasional hiccup!

If you could brew one collaboration beer with someone who would it be with and what would it be?
I have already brewed a colab beer with dave sanders at the back end of last year –we brewed a American style double ipa called articulator 6.6% but given an opportunity brewing with somebody like doug odell would be amazing!

Which beer do you wish you had brewed?
I would say my favourite three beers are summer wine diablo,five towns peculiar blue and thornbridge kipling so any of these

How do you spend your time when you aren’t brewing?
Working behind the bar,in the kitchen ,being a husband,being a father,celler work,going out picking up beers,socialising in the pub,playing pool.

If you could have one superhero superpower what would it be?
Time control

Anything else you want to tell us?
I have the greatest respect for every single brewer out there-I may not like there beers but they are providing fuel for the growing real ale market and giving variety to us drinkers which we should embrace and certainly not take for granted. fullers are proof that big is beautiful and on the other scale brass castle are proof that you can be just as successful with a 1 barrel plant.