Posted on February 14, 2012 by andyMogg in Beer Stuff 2 Comments

Does your homebrewery have a name? if so what’s the story behind it?
I’m one of those homebrewers who thought of a brewery name before I had brewed a beer. I went with Broadford Brewery. I’ve lived in Bradford most of my 34 years but didn’t feel ballsy enough to take Bradford Brewery. Broadford was the Saxon settlement and things haven’t changed much around these parts, so decided on that and it seems to have stuck.

How did you get into home brewing?
Like many others, I was bought a one-can beer kit as a Christmas present. I joined The Homebrew Forum and asked as many questions as I could. Bought and borrowed a few books and watched a couple of other people brew before switching from kits to All Grain / Full Mash.

Have you or would you consider going professional?
First and foremost I plan to continue enjoying homebrewing. But I do have aspirations to work in the brewing industry and one day be able to call myself a professional brewer (as long as that doesn’t mean I have to behave like a professional).

Have you entered any home brewing competitions? how did you do?
To date I have only entered one competition, the 2011 UK National Homebrew Competition. I entered a Blonde Ale which did not fair well. I plan to enter again this year and make an effort to brew to style this time! In the meantime, I have brewed beers to enter into the Revolutions Brewing Co and Northern Craft Brewers competitions 28th Feb and 31st March respectively.

What’s your favourite bit of home brew kit?
It has to be my DIY mash tun. I think it’s more satisfying building some of your kit rather than buying it all (cheaper too).

What advice would you give to people thinking of starting home brewing?
Read the basics and look at the brewday pictures on the forum I mentioned to get an idea of what you’re aiming to do. Most importantly though, don’t read for too long, get brewing as you‘ll learn much quicker as well as getting some beer to drink! Once you’ve had a go yourself, see if you can get an invite to someone else’s brewday as it can be useful to see how others go about their brewday. It also goes without saying that if there is a local homebrewers group then get along to the meetings.

What are your top online/printed home brewing resources?
The two main online resources I refer to most are the The Homebrew Forum and the blog of fellow homebrewer Adrian Chapman’s blog: Probably Due to Network Congestion (pdtnc). 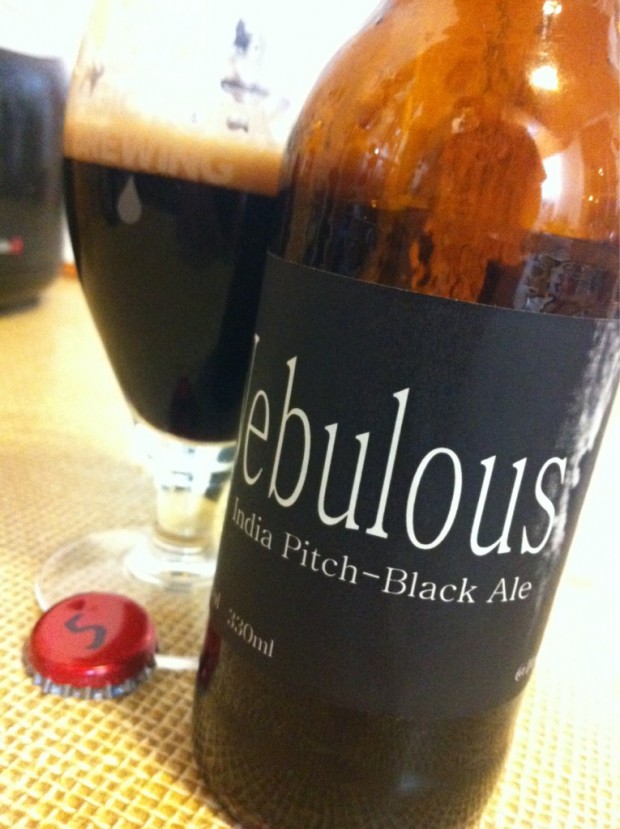 What was last beer you drank?
My homebrewed Aire Porter.

What is your favourite hop and why?
I haven’t brewed with that many, but I am a fan of Challenger, a really good all rounder. I’m also partial to Amarillo.

How often and how much do you brew?
I don’t actually brew that regularly. Family life comes first at the moment and I spend most of my spare time, reading, researching beer styles and working on recipes for when the time is right. Time demands make it almost impossible to find the time for 7-8 hour brewday. Almost! But I find time to brew every couple of months and usually late in the evening. When I brew, it’s 23L (5 Imperial Gallons).

What beers have you brewed?
Since starting to brew full mash, I’ve brewed started with a couple of clones – Timothy Taylor Landlord and Black Sheep. Then my own recipes: a failed attempt at an IPA, a Blonde Ale, an India Pitch Black Ale, a Porter, an English IPA and a Pale Ale. Eight brews to date.

What’s the craziest beer you’ve brewed or plan to brew?
I haven’t brewed anything crazy yet, my most ambitious brew to date was my 6.8% India Pitch Black Ale (or Black IPA or Cascadian Dark Ale or whatever you want to call it). Among other things, I plan to brew a Belgian beer and a Russian Imperial Stout before the end of the year.

What is your favourite beer/food combo?
Am I allowed to say pork scratchings? I know this is probably not what the question was looking for, but it’s true. If not pork scratchings then cheese (too many to list).

Do you have a Brewing hero/inspiration?
At this point in time it has to be the group of homebrewers in the Leeds area. We now meet every three months and share beers, ideas and enthusiasm. I’d say that any amateur brewer turning professional and giving it a go (despite the outcome) are heroes to me. There are a few guys I know of currently making moves, like fellow ‘Meet the Homebrewer’ – Gregg Irwin and Weird Beard Brewing.

If pushed to give a specific answer it would have to be Mikkel Borg Bjergsø of Mikkeller. A homebrewer who had a dream, focused on it, worked hard and used his creative talents to get where he is today.

If you could brew invite one pro brewer to brew a collaboration beer with you at home who would it be and why?
Tricky question. At this point in my brewing career, I haven’t really considered this, but I am fortunate in that a few kind breweries have offered the odd brew day to give me some insight into a larger operation. I am 100% sure that my part in these ‘collaborations’ will not involve actual input into the brewing. Digging and lugging, yes. As above, if pushed to give a specific answer it would be Mikkel Borg Bjergsø.